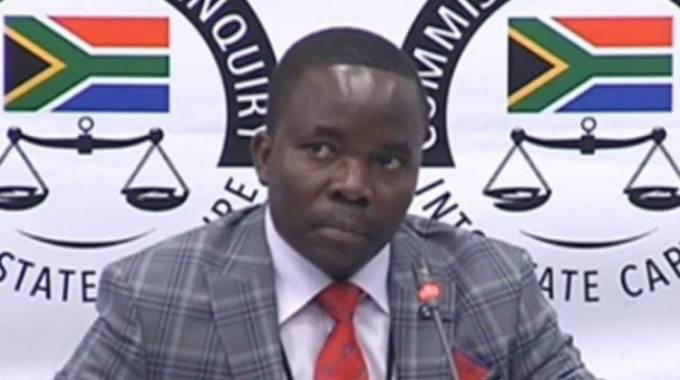 You will find Zimbabweans in the most unlikely of places.

As South Africans embark on a bruising inquiry into allegations of whether the state was captured by a corrupt clique that milked government coffers to the detriment of ordinary citizens, one would expect it to be a purely South African affair.

However, recently a Zimbabwean procurement and supply chain professional, Dr Masimba Phillip Dahwa – who was reportedly unfairly jettisoned from his job as South African Airways’ (SAA) chief procurement officer (CPO) after allegedly refusing to engage in corrupt activities – appeared before the judicial commission that is seized with the probe.

The commission – also known as the Zondo Commission, since it is headed by SA Deputy Chief Justice Raymond Zondo – is a public inquiry launched by South African President Cyril Ramaphosa’s administration to “investigate allegations of state capture, corruption, fraud and other allegations in the public sector, including organs of state” in South Africa.

It has since gone through tonnes of evidence allegedly linking the Gupta brothers – Ajay, Atul and Rajesh – to state capture, including contracts that the companies associated with the brothers received from state-owned companies.

SA public entities such as Transnet, Eskom and SABC have been unable to escape scrutiny.

So, too, have prominent names such as ex-Finance Minister Nhlanhla Nene, his successor, Des van Rooyen – who served for three days only – and the former Minister of Home Affairs, Malusi Gigaba.

But among the many testimonies presented at the Zondo Commission was the interesting evidence by Zimbabwean Dr Dahwa, who served as the CPO during Dudu Myeni’s time as SAA chair.

It is claimed that rot, corruption and malfeasance reached unprecedented levels during the time.

It seems several awards, which proved how he had successfully improved the airline’s procurement governance, however, could not protect him against being summarily suspended a day after refusing to comply with orders from South Africa’s would-be Finance Minister Des van Rooyen to award two critical contracts to his preferred companies without following due process.

This was reportedly in violation of South Africa’s Public Procurement Act.

It is speculated that Des van Royeen probably knew that he would be appointed Finance Minister within a couple of days.

However, after his appointment as Treasury chief, van Rooyen was subsequently out of a job three days later after the negative sentiment the appointment had elicited threatened to bring the SA economy to its knees.

The SA rand had dropped to its lowest ever.

In his testimony before the Zondo Commission, Dr Dahwa alleged that SAA board of directors chaired by Myeni tried to force him to facilitate unethical, corrupt and illegal practices under the guise of transforming the airline.

He chronicled the pressure, blackmail, intimidation, threats and abuse he reportedly suffered for refusing to award lucrative contracts to companies linked to individual board members without following due process.

Dr Dahwa told the commission that he was unfairly dismissed for standing up for his profession’s integrity.

He claims to have fixed major flaws in how SAA was run.

“You could see. . .that contracts would go for months, you know, between 18 to 24 months, before a contract can be signed, but in the meantime the service is being provided and this to me was a major, major risk that needed urgent addressing,” he said in his testimony as he highlighted one such weakness.

He also says he recommended the overhaul of the flag carrier’s procurement governance, which involved replacing a two-stage committee system that was in place with a three-stage tender committee system for competitive bids.

Dr Dahwa told the commission that with the bad practices at the airline, “transformation became core and as such, I was tasked during the 90-day turnaround strategy during the time of Mr Nico Bezuidenhout (as SAA CEO). . .to try and drive forward the transformation agenda and as such, I happily took the task, chair (Justice Zondo), and we went on some information sharing roadshows,” he said.

Dr Dahwa told of a day he was “held to ransom” by two SAA board members – Dudu Myeni and Yakhe Kwinana – in a meeting that ran from 10am until dusk ostensibly to force him to approve tenders that did not come through proper procedures.

“So I remained with the two board members and they insisted that I do sign – I refused. Then they said, okay, maybe what we need to do is we give you an opportunity to do an undertaking that you would do this by Wednesday.

“My honest view was they were trying to play with my mind. . .to me it was more like a psychology game where they were hoping that one way or another I will end up just doing it, but from where I was sitting, chair, if I had a way of implementing those resolutions without breaking the procurement laws. . .And after all I was not permanent, so I needed to prove my worth but what I would not do, chair, was to break the law,” Dr Dahwa told the commission.

The procurement professional claims that when the duo failed to convince him, they reportedly warned him to the fact that the EFF political party (which is led by Julius Malema) would come to march against foreigners at SAA.

Dr Dahwa added: “I think after everyone else had gone now there is the three of us on (the) 6th Floor, then Ms Myeni said to me that ‘by the way, EFF will be coming here on Monday, the following Monday, and they want to get rid of – because they are concerned about the transformation issues at SAA – and they would want to get rid of people like you’.”

Dr Dahwa is a former president of the Chartered Institute of Purchasing and Supply (CIPS) Zimbabwe.