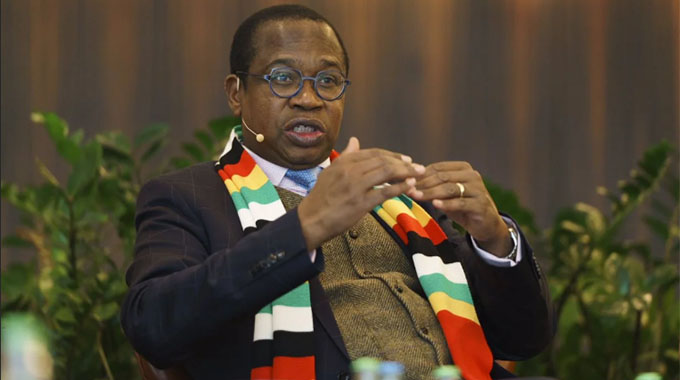 Golden Sibanda Senior Business Reporter
Zimbabwe is closer to sealing over half a billion US dollar syndicated loan package with South African banks to support the private sector, amid revelations Treasury is now finalising the insurance guarantees.

This was said by Finance and Economic Development Minister Professor Mthuli Ncube in an interview with The Sunday Mail Business on the sidelines of the World Economic Forum (WEF 2019) on Africa in Cape Town South Africa, last week.

The syndicated loan follows a meeting he held with investors in First Rand, South Africa, to canvas for a R9 billion (estimated US$635 million) financial package to stimulate activities of the financially distressed private industrial sector.

“We are still working on those facilities; it takes time. We are in the final stages now in terms of putting in place the right insurance and guarantee mechanisms. We are making progress towards finalising those facilities,” said Prof Ncube.

The Treasury chief added that his time in South Africa for WEF Africa 2019, which ran under the  theme  “Inclusive Growth and Shared Futures in the Fourth Industrial Revolution”, would provide further opportunity to tie up the loose ends.

“Indeed, it does because we will meet some of the banks that are involved here; we are going to be meeting and have a conversation with them so that they realise that we are serious; we are persistent; we want things to work for us and for the private sector,” he said.

Lack of funding for working capital and recapitalisation has affected productivity in all sectors, efficiency and competitiveness, leading to a plunge in manufacturing capacity utilisation, which averaged 42 percent in 2018.

While average capacity utilisation in industry grew 3,1 percentage points to 48,2 percent in the 12 months to August 2018, it dropped 6 percent to 42 percent in August on account of external competition and shortage of foreign currency, among other factors.

Minister Ncube also said Zimbabwe’s participation at WEF Africa 2019 was meant to spread the gospel that the country was indeed open for business, and continued to engage and re-engage after two decades of isolation.

He said the “Zimbabwe is Open for Business” mantra was a marathon; hence, the continuous engagements and dialogue with investors on how to improve the investment climate.

Government’s ongoing economic reforms are being undertaken under the Transitional Stabilisation Programme (TSP),  which was launched in October last year and will run until 2020.

Thus far, Zimbabwe has instituted the majority of the big policy decisions, including reintroducing local currency, banning multi-currency, floating the exchange rate and liberalising fuel procurement, but this may continue to year-end.

From next year going forward, Minister Ncube said Government would focus on enhancing productivity, competitiveness and job creation in line with the thrust of Government’s short-term policy, TSP, “Austerity for Prosperity”.

Zimbabwe’s medium term vision is to attain upper middle-income status by 2030, but part of the stepping stones to the grand vision is building a US$12 billion mining industry by 2023, with the sector expected to drive medium-term growth.