Zim on course to rejoin Commonwealth 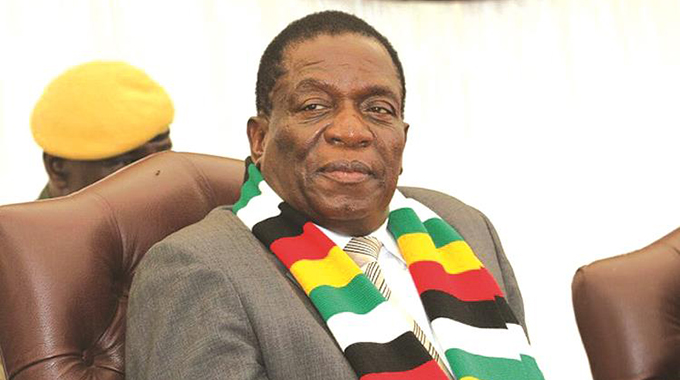 ZIMBABWE’S re-engagement efforts continue to bear fruit with the country now on course to rejoin the Commonwealth.

The country is already in the second stage of the application process.

In May 2018, President Mnangagwa wrote to the Commonwealth secretary-general Mrs Patricia Scotland expressing Zimbabwe’s willingness to return to the group after nearly two decades of estrangement.

The Commonwealth, a voluntary association of 54 independent and equal countries with 2,4 billion people, then initiated a four-step process to assess Zimbabwe’s suitability to regain its membership.

Member countries include both advanced economies and developing countries.

Ministry of Foreign Affairs and International Trade spokesperson Mrs Constance Chemwayi confirmed that Zimbabwe was still in the second stage of the application process where the secretary-general would consult member states on the way forward.

“Commonwealth decisions are based on consensus and by that nature, every member is entitled to a say on the case of Zimbabwe.

“The laid down procedures that govern re-admission into the Commonwealth, which include an informal assessment followed by the consultation process, were undertaken by the secretary-general in June 2018 and July 2019.

The country’s diplomatic priority remained re-engagement and the unconditional and complete removal of illegal sanctions imposed on the country.

Members states are expected to meet in Kigali, Rwanda, in June this year for the Commonwealth Heads of Government Meeting (CHOGM) which was initially supposed to be held last June, but was postponed because of the Covid-19 pandemic.

The 26th CHOGM and associated events will be held under the theme, “2021: Delivering a Common Future: Connecting, Innovating, Transforming”.

Ahead of the meeting, members of parliament, youth and gender activists and representatives from society and business will meet at special forums to make sure the voices of women, young people, businesses and other organisations are heard at CHOGM.

The New Dispensation is making strides in promoting engagement with rest of the world and promoting economic diplomacy.

Government will prioritise rejoining the Commonwealth as a launchpad to unlock international goodwill and sustain re-engagement milestones already realised through resumption of political dialogue with international blocs such as the European Union (EU).

It is envisaged that rejoining the Commonwealth will fast-track the resolution and ratification of the outstanding Bilateral Investment Promotion and Protection Agreement (BIPPA), as well as launch bids to host internationally accredited global events and conferences.

President Mnangagwa is on record expressing interest in Zimbabwe rejoining the Commonwealth.

Rejoining the Commonwealth and seeking the removal of illegal economic sanctions imposed on Zimbabwe, principally by the United States (US) and her allies, are the top priorities for the Ministry of Foreign Affairs and International Trade this year.

Zimbabwe withdrew from the Commonwealth in 2003 at the height of tension between Harare and London over the land reform programme.

Former president Robert Mugabe announced Zimbabwe’s withdrawal from the group after the Commonwealth summit in Nigeria that suspended the country indefinitely.

Since assuming office in November 2017, the Second Republic under President Mnangagwa has made strides in engaging and re-engaging with the rest of the world to foster socio-economic development, democracy and peaceful coexistence to eradicate poverty.

The new administration led by President Mnangagwa is opening Zimbabwe for business and is eager to end the isolation of the country on the global stage.

The recent endorsement by the renowned Mo Ibrahim Index of African Governance, which ranked Zimbabwe among the five most improved nations over the last decade, is a clear testimony that the country’s reforms are being undertaken seriously.