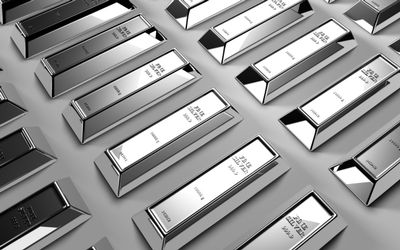 HARARE – Zimbabwe’s platinum production increased 20 percent during the third quarter of 2018 to 120 000 ounces from 100 000 ounces recorded in previous comparable period, on the back of furnace maintenance.

However, according to the World Platinum Investment Council (WPIC), output from Zimbabwe could drop by three percent (-15 000 ounces) to 465 000 ounces.

“Output from Zimbabwe could drop by three percent (-15 000 ounces) to 465 000 ounces because of a pipeline boost to yield in 2017, but mine production from the region should remain stable overall,” the global platinum body said.

“Today’s update raises the 2018 supply demand surplus from 295 000 ounces to 505 000 ounces, primarily on weaker jewellery demand. The 2019 forecast is introduced with a market surplus of 455 000 ounces, reflecting increases of two percent in both supply and demand,” WPIC said.

Refined production was up by four percent (+70 000 ounces) year-on-year to 1,650 million ounces in the third quarter of 2018 due to increased supply from South Africa and Zimbabwe.

Zimplats — Zimbabwe’s largest platinum miner — said for the quarter ended September 30, 2018, its operations performed ahead of expectations producing four percent more than the previous quarter, with all mines operating at design capacity.

Mimosa, another platinum miner, reported a 2,1 percent decrease in milled platinum to 702 000 tonnes in the first quarter ended September.

Mimosa said the decrease in milled platinum had been a direct result of planned maintenance works at the Zvishavane-based mine.

“Tonnes milled during the period decreased by 2,1 percent to 702 000 tonnes, compared to 717 000 tonnes in the previous comparable quarter, impacted by planned mill maintenance during the reporting period,” the miner said.

According to an interim report for the six months ended June 30, 2018, output improved during the period under review due to increased throughput and recovery.

“Unki in Zimbabwe produced a record 92 000 Platinum Group Metals ounces, an increase of nine percent compared to 85 100 ounces in the first half of 2017. Platinum production increased eight percent to 41 400 ounces against 38 400 ounces achieved in the comparable period in 2017,” Unki said.

Recent data from the Minerals Marketing Corporation of Zimbabwe (MMCZ) shows that the country generated 20 percent more PGM concentrate sales than projected to net $35 million in June 2018 compared to the budgeted $29,1 million.