‘Zim ready to assist in stamping out Mozambique insurgency’ 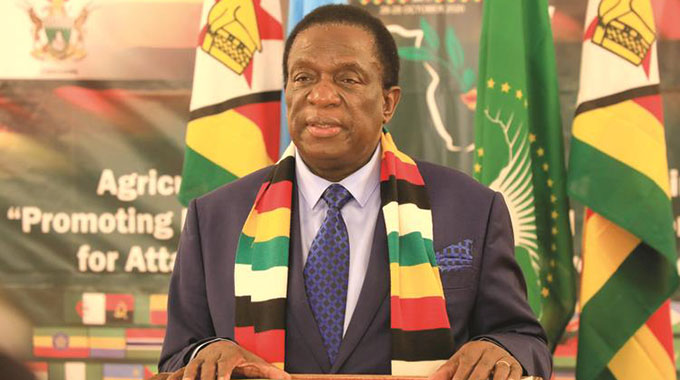 PRESIDENT Mnangagwa has deplored the recent acts of terrorism in northern Mozambique, warning that Zimbabwe is ready to assist in stamping out the insurgency.

A growing Islamist insurgency has entered its fourth year in Cabo Delgado Province and has intensified in recent months with hundreds of people being killed or maimed.

The conflict, also known as the Cabo Delgado Civil War, is pitting Mozambican government forces against militants attempting to establish an Islamic state in the region.

Civilians have been the main targets of the attacks.

Writing on his Twitter handle yesterday, President Mnangagwa said regional security was important for the protection of people.

“I am deeply shocked by reports of terrorist activity in Mozambique. These acts of barbarity must be stamped out wherever they are found.

“Zimbabwe is ready to assist in any way we can. The security of our region is paramount in the protection of our people,” said President Mnangagwa.

A group calling itself Ansar al-Sunna, is the main faction which was initially a religious movement in northern districts of Cabo Delgado.

It first appeared around 2015 and was formed by followers of the radical Kenyan cleric Aboud Rogo, who was killed in 2012. Thereafter, some members of his movement settled down in Kibiti, Tanzania, before moving into Mozambique.

Zimbabwe and Mozambique are long time allies whose ties date back to pre-colonial times.

Liberation war movements from the countries defeated settler regimes to establish independent states, Mozambique in 1975 and Zimbabwe in 1980.

After they became independent, the two countries cooperated in the fight against the Renamo rebels in Mozambique which were heavily supported by the apartheid regime in South Africa.

The Renamo rebels were defeated militarily after their headquarters in Mozambique’s western Gorongosa region, were overrun by Zimbabwean and Mozambican troops with the rebel leader, the late Afonso Dhlakama, escaping capture.

Renamo was forced to sign a peace deal with the Mozambican Government in Rome in 1992 after which the country enjoyed peace until disturbances resurfaced in 2017.

Defence and War Veterans Affairs Minister Cde Oppah Muchinguri-Kashiri recently said Zimbabwe was closely monitoring the unfolding armed conflict in Mozambique, but a possible military intervention would only be guided by a collective SADC Troika decision.

“We are really worried with the situation prevailing in Mozambique, particularly in the Cabo Delgado region. The situation is no longer affecting Mozambique only.

“It means there is provocation already on another SADC country and that is worrisome to Zimbabwe because Mozambique is our lifeline.

“At the last SADC Summit, there was nothing quite tangible that came out and we are seeing Mozambique now approaching countries like the United States and France for assistance. We do not know how far they have gone in that direction.

“Mozambique is our lifeline because it is our gateway to the sea. For all our goods, either rail or road, we use Mozambique because we are landlocked. It is in our best interests that SADC moves in quickly to address the situation. We need to find a lasting solution to this challenge,” she said.