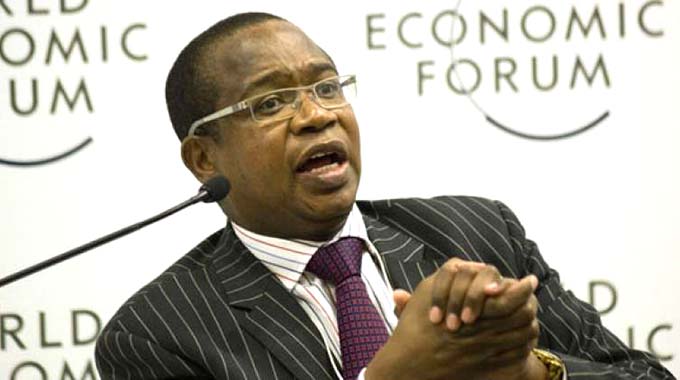 Zimbabwe and South Africa yesterday agreed to vigorously pursue negotiations over possible financial packages to be extended to the central bank and the local private sector, as part of efforts by Pretoria to assist Harare to turn around its economy.

The two countries intimated in January this year that negotiations for an upwards review of an existing funding arrangement between their central banks were taking place.

“There is already an arrangement between the two central banks in term of inter-central bank flows into Zimbabwe (and) that is not new. We are looking to see if that could be increased so this is normal discussions.

Those are ongoing, we do not know where it will end up in terms of size  of resources that we have requested,” Finance Minister Mthuli Ncube said then.

This position was re-affirmed in a communiqué released at the end of the third Zimbabwe-South Africa Bi-National Commission (BNC).

“The two sides agreed to consider options for expanding the standing  facility arrangement between parties’ Central Banks, other financing  options beyond this are also being explored for example a facility from  South African private banks to the Zimbabwean private sector and  guaranteed by the South African government with an appropriate counter-guarantee from the Zimbabwean government,” read part of the communiqué.

Adding on, South African President Cyril Ramaphosa said; “The matters  that you are raising, that you referred to as financial assistance, we  have discussed that in great detail and our discussions are ongoing and  our various teams are busy finding workable solutions.”

“Because of the strength of our relationship, we have no doubt  whatsoever that we are going to find solutions that are going to lead to a strengthening of our two respective economies so that we can address the  challenges that both our countries are facing at this point in time.”

Earlier, in his opening remarks at the BNC, President Ramaphosa said  South Africa would assist Zimbabwe on its economic recovery agenda.

He said Zimbabwe, having gone through over a decade of economic  decline, deserved meaningful international support to turn around its  economic fortunes.

“South Africa stands ready to render support to Zimbabwe within our  means in your quest for economic renewal,” he said.

“Zimbabwe does deserve the support that the world can give.”

President Ramaphosa commended the BNC for coming up with sound ideas  that would give impetus to the two countries’ relations.

“Today we re-iterate South Africa’s commitment to work with Zimbabwe in  addressing the socio-economic challenges experienced by our two  countries.

“We commend the new administration for all your efforts through your  programme of action to take Zimbabwe out of its current difficulties and  make it a viable partner to South Africa, to the region and other development partners,” he said. —  New Ziana.