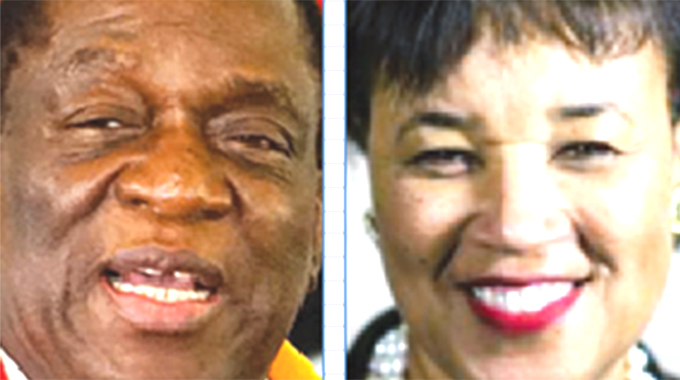 A look towards Zimbabwe and the wider Southern African region shows why.

Increasingly severe weather events have racked the lands and people. Only this year, one of the worst ever cyclones to hit the Southern Hemisphere and severe flooding have wrought devastation across the region.

Then there was no water: the severest drought since 1981 has taken hold, decimating crops and leading to widespread food insecurity.

In the midst of ecological crises, the new Zimbabwean Government is looking to restore balance to our international relations: we want to end the 20-year isolation under our predecessor.

It is clear that major challenges facing humanity require concerted international co-operation, and Zimbabwe is keen to play its part.

Key among those platforms for global collaboration is the Commonwealth. We seek Kenya’s support for Zimbabwe’s application to re-join.

Kenya is the current Chair of the Commonwealth Ministerial Action Group — the organisation’s leading decision-making body — and the process of readmission is already underway.

After talks, she underlined that the step-by- step procedure is being accelerated as quickly as possible, stating there are “a number of areas where Zimbabwe has made real reforms”.

With Commonwealth support, we believe the new Government’s reform programme can be delivered faster and with greater durability.

The 53-country club of nations provides opportunities for collaboration and the sharing of experience and best practice — helping governments to improve the lives of their citizens.

Indeed, this is set out in the Harare Declaration, one of the institution’s fundamental documents: the Commonwealth should support members in entrenching democratic practice and the rule of law.

Our road to democratic renewal began with the historic election of July 2018. In its election observer report, the Commonwealth said that “important gains were  made”.

All parties were able to campaign freely in a “markedly improved pre-election environment”, and polling day was conducted in a “peaceful manner and were well-managed and transparent”.

Of course, it was not perfect. There is still a long way to go. Despite calls by the Commonwealth Observer Group before the historic 2018 vote for the losing side to “look at the larger picture of a successful election”, the day after the contest was marred, tragically, by post-election violence.

Without international institutional support or funding, the Government swiftly established a fully independent, internationally-led inquiry — the Motlanthe Commission — with its international commissioners (including a former president of South Africa, a British human rights barrister, and a former Commonwealth Secretary-General), all from Commonwealth nations.

Zimbabwe has rapidly begun the task of implementing the Commission’s key recommendations — that include reforming legislation on law and order, freedom and liberalisation of the media and electoral reform.

Institutional change is underway to change the police modus operandi from a security function to the protector of citizens’ liberties.

Laws out of kilter with constitutional protections for freedom of assembly and speech are being repealed and replaced.

Government is leaner and cleaner; anti-corruption authorities have targeted high-level officials — including ministers — and fiscal austerity measures supported by the International Monetary Fund (IMF) have reined in Government spending.

The question for the international community is whether it would like to support this reform agenda. Institutional change cannot take place overnight. Transitional politics must travel across rocky terrain.

And a new political culture takes time to mature. But our direction of travel is clear. The re-integration of Zimbabwe into the Commonwealth would — through expertise and experience — inject a quickening momentum into the journey. It would bolster Zimbabwe to navigate these challenging yet hopeful times.

Among many African nations, this has other ramifications. Porous borders are prevalent across the continent.

A stable and prosperous Zimbabwe is a piece of the larger equation. Too often the mistakes of the nation’s past have been passed onto our neighbours.

We want to rectify this. Zimbabwe can once again become a reliable and responsible partner that drives economic success in the region.

Kenya has always been willing to look beyond its borders in the best interest of its people — whether that’s for economic partnership, embracing new technologies or seeking multilateral solutions to insecurity.

Zimbabwe now wishes to look beyond our own, to escape the isolation that holds back our potential.

Immediately, the nation must rebuild in the wake of unprecedented weather events. Less tangibly, we are undertaking the headlong restructuring of our institutions that suffered under the previous administration’s worst excesses.

Partnerships would give extra succour to this journey, reconciling the determination of our reform agenda with the pace we wish to deliver it.

Retaking our place in the Commonwealth can play a critical role. In this, we ask for Kenya’s support. — Daily Nation

Dr Sibusiso B. Moyo is Zimbabwe’s Minister of Foreign Affairs and International Trade.