Zim set to dine with big hitters of lithium 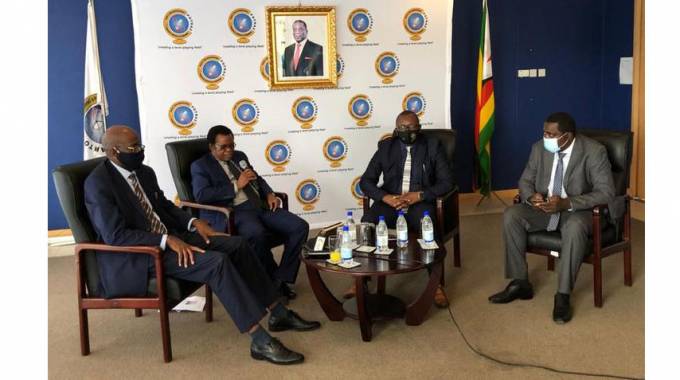 THE fact that Zimbabwe is ranked fifth among the largest producers of lithium, with only a single active mine, speaks volumes about the Southern African country’s potential.

The country possesses unlimited potential to a higher position among the leading producers of lithium globally considering the litany of advancing Greenfield projects in the country.

Its potential as a mining jurisdiction has never been in doubt given it is home to over 40 mineral occurrences among them gold, diamond, platinum, nickel, chrome and emerald.

That potential will be unleashed almost immediately in the wake of massive progress that has been recorded in the implementation of Prospect Resources’ Arcadia lithium project, 38 kilometres East of Harare.

Already, lithium has been designated as a key element of the Government’s US$12 billion mining industry target by 2023 and the Government has lined up a coterie of support measures in this regard.

This is because mining contributes 60 percent of the annual foreign exchange inflows into Zimbabwe and the Government sees the resources sector anchoring short to medium term growth.

Players in the local lithium industry have since raised the ante, helping create a new world order, by moving along the value chain to take strategic positions among key industry and raw material partners.

A major producer already, albeit with a single producing mine, Zimbabwe is on the cusp of scaling up to loftier perch after Prospect Resources said it had been accepted into the European Raw Material Alliance (ERMA).

ERMA’s primary objective is to improve the European Union block’s resilience to access critical materials and the strategic initiative is backed by the European Investment Bank (EIB).

Prospect said it will continue with current plans to accelerate effort to engage with its European stakeholders and to participate in ERMA’s development strategy for critical materials. The off take agreement with glass manufacturing giant Sibelco N.V is a practical step to improving Europe’s critical material resilience.

Prospect’s managing director Sam Hosack said “Prospect is continuing to build its position in Europe with investors, customers and supply chains. Europe’s growing demand for both battery and glass and ceramics markets, places Prospect in a prime position to engage with European stakeholders.

“Demand for critical raw materials is going to rise steadily; especially given the green energy transition is accelerating with lithium at the front and centre.

“The lithium market is showing the signs of a resurgence driven by increases in demand, presenting an opportunity for Prospect to commence production in robust market conditions,” he said.

Prospect, due to its Arcadia project, finds itself in a fortuitous position because the Australia Stock Exchange listed miner holds rights to deposits of both technical and chemical grade lithium.

In glass and ceramics production, lithium is used as a flux to reduce melting temperature, thus reducing energy consumption in glassmaking by about 5 percent, while reducing flaws in the finished product.

The seven-year agreement is for up to 100 000 dry metric tonnes (dmt) per annum of high quality, ultra-low iron petalite concentrate, resulting in a total of up to 700 000 dmt over the lifetime of the contract.

Sibelco N.V is a global industrial minerals business with annual turnover of circa €3,5 billion. Prospect contends that recent stimulus packages in Europe around increasing electric vehicle adoption and growth in these markets, firmly positions the EU to become the largest electric vehicle market globally.