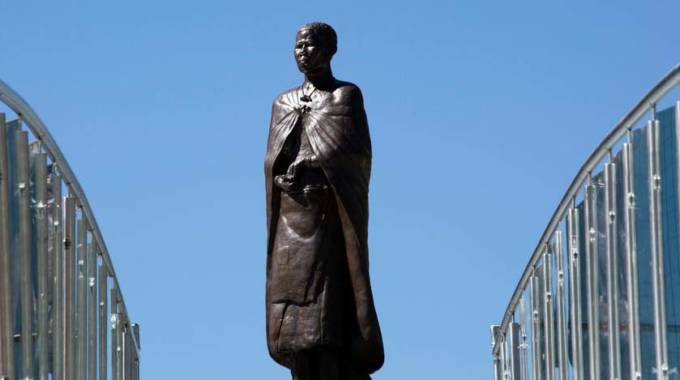 THE National Museums and Monuments of Zimbabwe (NMMZ) is preparing to dispatch a team of experts to the United Kingdom to assess a catalogue of human remains believed to be of First Chimurenga war heroes shipped as war trophies to Europe during the early colonial years.

Some of the skulls are believed to belong to early leaders of the struggle against colonialism, including Mbuya Nehanda, Sekuru Kaguvi, Chief Mashayamombe Chinengundu and Chief Makoni Chingaira among others.

Last year, British authorities invited Zimbabwe to deploy a team of experts to verify the origins of a catalogue of skulls in their possession, but the trip was postponed on account of travel restrictions necessitated by the Covid-19 pandemic.

NMMZ director Dr Godfrey Mahachi told The Sunday Mail that a team will be dispatched once the National History Museum in London opens.

“We have been in touch with the museum in London to allow us to access the records on the information on the remains that are at the museum,” he said.

“We are going to compare notes on the issue. What we certainly know is there are human remains, but there is a need for due diligence.

“The museum has not been working because of the lockdown, however, from the communications we had a few weeks back, they indicated that they were going to open soon.

“So we are going to send a team of experts to help with the process of identification of the remains so that the repatriation can begin.”

Dr Mahachi said the experts will comb through historical documents and archival material held by British museums to ascertain whether the skulls originated from Zimbabwe.

“The team is set to try and positively identify the remains by comparing documents and dates that the remains are said to have left the country and when they reached London. This will be done before the DNA tests are done.”

Government has, for years, been pushing for the repatriation of dozens of skulls of First Chimurenga war heroes, who were beheaded by British invasion forces at the height of the first uprisings against colonialism, and are being held on display at some British museums.

In 2019, the National History Museum in London submitted a report to Zimbabwean authorities detailing the origins of several human remains they were holding as part of their catalogue.

The archival report, compiled by a team of British experts, traced the origins of individual skulls using documentation that was used at the time to facilitate the artifacts’ shipment to Britain.

The experts pored through numerous documents kept in historical archives in Britain and South Africa in order to positively identify the skulls.

The decapitated appendages were also used as trophies by the victors to collect hefty rewards from colonial authorities.

Last week, President Mnangagwa undertook to facilitate the immediate repatriation of the remains of the First Chimurenga heroes when he was officiating at the unveiling of Mbuya Nehanda’s statue and national monument in Harare.

Newer Post
‘SMEs are the lifeblood of our economy’
Older Post
Parents need to raise up community-building driven children, as purposeless and idle kids likely to fall into crime and drugs