Zim to be another Singapore — Zanu PF

Source: Zim to be another Singapore — Zanu PF | Newsday (News) 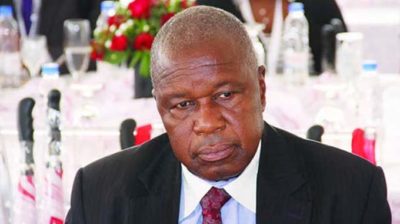 THE ruling Zanu PF party says it is optimistic that Zimbabwe will soon come out of the economic woods and transform into another Singapore.

Top Zanu PF official and former presidential adviser Christopher Mutsvangwa made the remarks during a Zimbabwe Coalition on Debt and Development (ZIMCODD) virtual conference at the weekend.

Mutsvangwa hailed the TSP as a major success, but accused the opposition MDC Alliance of running down councils under its control, hence retarding development.

“We have never had a challenge of foreign currency in this country, but the economy was engineered when money changed from paper to digital.”

In apparent reference to Econet’s mobile money’s dominance on the financial market, Mutsvangwa said: “One company was allowed to become the central banker. We saw the madness of mobile money when the company became the new central bank until recently, when the President decided that action should be taken.”

He continued: “We are now properly regulating mobile money platforms and the money market and it will turn Zimbabwe into a Singapore. We have to start by debunking the myth that the Rhodesian economy was a model that must be followed.”

But other participants said Ncube’s austerity measures had impoverished most Zimbabweans.

“But the TSP has not tried to take into account social aspects and so we have seen the worsening situation as a result of austerity measures that have not tried to address social matters in the country. We cannot say they have succeeded on social needs when society is underfunded,” said Cornelius Dube from the Zimbabwe Economic and Policy Analysis and Research Unit.

On currency stability, Dube said Zimbabwe was still at a nascent stage in terms of the foreign currency auction system where only the Reserve Bank of Zimbabwe was the key player.

“If we have the private sector as sellers at the auction floor, then we have reached the mark,” he said.