GOVERNMENT has started a process of repossessing land to compensate indigenous and white former commercial farmers affected by the 2000 land reform programme, described by many as chaotic. 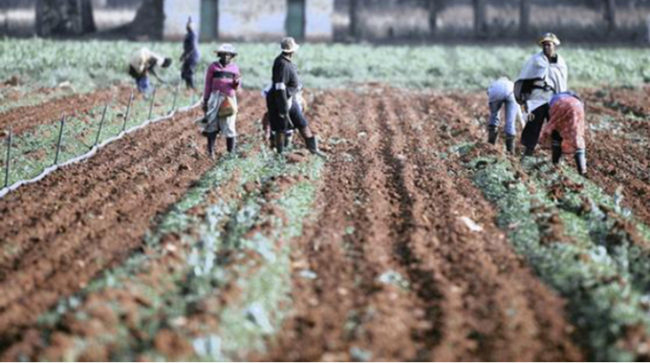 The country announced the plans to give back land “grabbed” during the fast-tracked land reform programme which saw war veterans and Zanu PF supporters violently seizing land from the farmers, most of them

This came as the President Emmerson Mnangagwa-appointed Justice Tendai Uchena recently disclosed that there were vast swathes of underutilised agricultural land, land held by absentee owners and fallow land kept for speculative purposes, worsening hunger in the country.

Land barons linked to Zanu PF also did not help the situation.

Zanu PF and those linked to the system benefited from the programme, which was seen as a punishment to the white farmers for supporting the opposition MDC, which had caused headaches for the ruling party, then under the late former President Robert Mugabe.

Government gazetted new legislation under which former land owners may opt for repossession of their farms or monetary compensation.

This will also apply to indigenous farmers whose farms were appropriated, as well as to those whose land was protected by bilateral treaties.

Statutory Instrument (SI) 62 of 2020 reads in part: “Any person listed in section 4, who wishes to obtain title to a piece of acquired agricultural land that was formerly his or her farm, may apply in writing to the minister, who shall refer all such applications to the committee. (2) The minister shall constitute a committee which shall receive and process applications from persons referred to in section 4, with a view to recommending to the minister, whether or not to alienate the land in question to the applicant.”

Agriculture minister Perrance Shiri last night requested questions in writing, saying he would not want to be misquoted on key policy issues.

“For us, it is part of that rationalisation process which then says, we are providing the space for which anyone who is interested, individuals or institutions,” he said. “Individuals and institutions interested should apply for consideration. This is part of the rationalisation required to resolve outstanding issues on the land issues caused by the land reform programme.”

Media reports quoted a spokesperson for the South African embassy in Harare saying the development was welcome because there was a belief that there was a lot of land waiting to be utilised.

The South African embassy spokesperson added: “While we don’t have the numbers, in terms of those likely to benefit, we have spoken to a number of South African farmers who already have their own funding to start agricultural activity in Zimbabwe, so this decision is welcome.”

The country is faced with a dire food crisis and many blame the poorly-resourced new farmers for failing to utilise land through irrigation.

Despite being hit by successive droughts, the land reform programme has largely been blamed for Zimbabwe’s failure to feed itself, with the country resorting to imports and international help, despite previously being the breadbasket of Sadc more than two decades ago.
The United Nations World Food Programme plans to double the number of Zimbabweans it assists up to 4,2 million, although over eight million people will require food aid.

SI 62 of 2020 further reads: “These regulations apply to the following persons who, before agricultural land owned by them was compulsorily acquired under the land reform and resettlement programme, where the owners thereof under a deed of grant or title deed or had completed the purchase of their farms from the State in terms of a lease with an option to purchase. (a) Indigenous individual persons (or where such persons are deceased, their legally recognised heirs); (b) individuals who were citizens of a BIPPA [bilateral investment promotion and protection agreement] or BIT [bilateral investment treaty] country at the time their investments in agricultural land were SI 62 of 2020. (5) The minister’s decision upon an application shall be final.

“The minister shall ensure that a person whose application has been successful receives transfer of the land in question under individual registered title.”

The SI added: “The minister may reject any application on the basis that granting it would be contrary to the interests of defence, public safety, public order, public morality, public health, regional or town planning or the general public interest.”