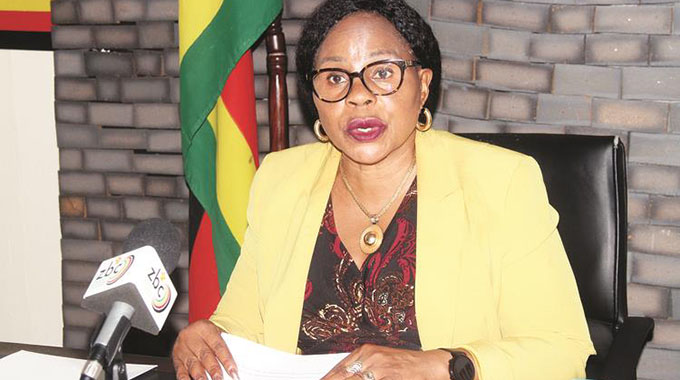 Herald Reporters
Cabinet has approved an Emergency Road Rehabilitation Programme and has budgeted US$400 million to finance corrective, preventive and restoration works over the next 36 months.

Speaking at the post-Cabinet media briefing in Harare yesterday Information, Publicity and Broadcasting Services Minister Monica Mutsvangwa said the programme was aimed at repairing roads damaged by the current rains as well as previous cyclones.

On the other hand, the District Development Fund (DDF) has already embarked on road rehabilitation across the country and has set aside nearly $238 million for works in Midlands, Manicaland, Mashonaland West, Masvingo and Matabeleland South provinces.

In Masvingo, DDF has started rehabilitation of roads across the province following heavy rains which left a trail of destruction.

Almost the entire gravel road network requires rehabilitation having been extensively damaged with small bridges being washed away in some areas, rendering some parts of the province inaccessible.

While assessments to determine the full scale of damage and financial cost are ongoing, DDF has since started rehabilitation of severely affected roads such as the Manjokonjo-Chin’ombe Road in Chiwara, Gutu.

DDF Masvingo provincial coordinator Mr Marasa Gutukunuhwa confirmed that almost all the dirt roads were damaged by heavy rains across the province.

“We are still assessing the full extent of the damage but almost all the dirt roads are in very bad shape with some areas now almost inaccessible after bridges were washed away.

“This is prevalent in all the districts after we received above normal rainfall unlike in previous seasons,” said Mr Gutukunuhwa.

DDF had also moved equipment and started repairing road and damaged bridges along the Maringire-Chivi Growth Point road that was now inaccessible because of damage caused by rains.

Mashonaland East District Development Fund is targeting to rehabilitate 3 774km across the province.

In the Midlands, the DDF provincial coordinator, Mr Joseph Nhliziyana said the province received $37,5 million for the roads rehabilitation programme.

He said DDF had started the rehabilitation programme throughout the province prioritising roads which were badly damaged by heavy rains.

“We have since launched our roads rehabilitation programme at Chachacha, Shurugwi, and we will be going to Gokwe where some areas are no longer accessible after roads were damaged by the rains.”

“Some of the roads we are looking at include Muroyeshi in Gokwe North, Mandisharara in Gokwe South and the Zhombe-Lahleka Road in Kwekwe,” he said.

In Manicaland, DDF has so far identified 49 roads that are in urgent need of repair.

Following the release of $40 million by the Zimbabwe National Road Administration (Zinara), the province started the emergency repair programme this week with the 96km Nyazvidzi parallel road in Buhera district.

Manicaland has a total rural road network of 4 205km of which 95 percent is in a deplorable state.

In Matabeleland South, Government has availed $40 million to DDF as initial funding for the rehabilitation of the road network in seven districts.

Matabeleland South DDF coordinator, Mr Moment Malandu said they were expecting more funding and an additional grader to boost their capacity on the ground.

Mr Malandu said they had requested from Government, a total of $229 million to service a total of 808km.

The money would be used for spot gravelling, regrading, reshaping, culverts, piped drifts and bridges construction.

“We are now hard at work on the ground and the $40 million we have received so far will be used on preliminary road rehabilitation works in all major selected roads in Matabeleland South,” said Mr Malandu.

“As a province, we are thankful to the Government under the stewardship of President Mnangagwa, for the timely intervention in the implementation of the road maintenance programme through the District Development Fund,” he said.

Beitbridge East Member of Parliament, Cde Albert Nguluvhe said: “The rains have damaged almost all major roads in Beitbridge district and this is affecting the movement of drought relief grain, the monitoring of Government projects and has also pushed up the cost of transport.”

Headman Shadreck Muleya of ward 6, said the rehabilitation of the major roads, especially the Mapani, Tongwe to Lutumba which links the Beitbridge to Harare highway was a relief to thousands of villagers.

“This is commendable. It was cumbersome to navigate badly damaged roads,” he said.

DDF is expected to rehabilitate 760km of gravel roads and a number of bridges across Mashonaland West province.

DDF’s provincial head, Mr Erikana Chikande said at least 100km had so far been rehabilitated across the province, including in Makonde, Chegutu and Kariba districts.

“We received $40 million from the Government for this year’s road rehabilitation drive to attend to roads that were affected by incessant rains.

“We have a target of 760km this year. As we expect a bumper harvest, we also want our roads to be trafficable and passable to help the farmers move their produce,” he said.