The African Union on Friday declared Zimbabwe’s vote free and credible, saying flaws had not stopped the will of the people from being expressed. 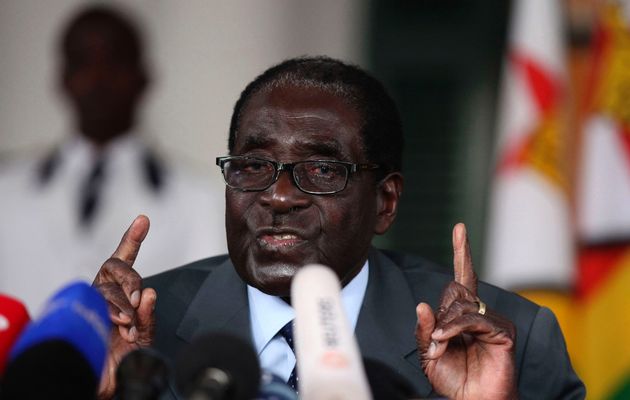 “There are incidences that could have been avoided, but all in all we do not believe that these incidents will amount to the results not reflecting the will of the people,” he said.

President Robert Mugabe’s Zanu-PF appeared confident of a sweeping victory, while the rival Movement for Democratic Change (MDC) led by Prime Minister Morgan Tsvangirai has said the “sham” polls would plunge the country into crisis.

“We are very happy this morning. We are very confident and excited. We think there is a sense of victory for us,” ZANU-PF spokesman Rugare Gumbo told dpa.

He said the party expected to get between 130 and 140 seats in the 210-member parliament.

Results from about 30 per cent of seats in parliament showed Zanu-PF taking a strong early lead, with 52 to the MDC’s 10.

Mugabe’s party managed to wrest control of some urban constituencies previously held by the rival MDC.

The final results of Wednesday’s election must be announced by Monday.

Tsvangirai has declared the elections to be “null and void” because of allegations of vote rigging.

Zanu-PF insists the poll were conducted in a “free and fair” manner, as does the Zimbabwe Election Commission.

In the 2008 election that was marred by violence, Tsvangirai won the first round but did not get enough votes to avoid a run-off. Widespread intimidation, including the deaths of some 200 of his supporters, forced him to pull out of the runoff.

The presidential poll results are only expected in the coming days. If no candidate gets at least 50 per cent of the vote, a second round will be held September 11.

The 89-year-old Mugabe, who has led Zimbabwe since 1980, has vowed to step down if he loses.

Africa’s oldest head of state presided over a decade-long economic collapse, in part blamed on his policy of grabbing white-owned farms without compensation and fueling hyper inflation.