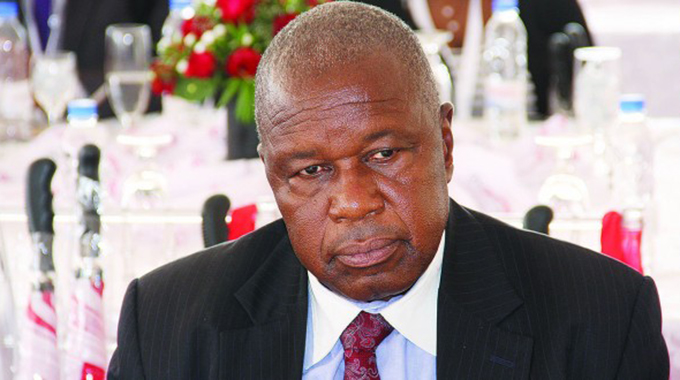 THIS is the beginning of a new era, a new era under a new President, Cde Emmerson Mnangagwa.

For the Zimbabwean people who have filled this stadium to the brim, this is another gathering within a matter of days where they are showing their passion for their country and hopes for a new future, and the new future relies on how the economy is going to be run. This is the beginning of a new era, a new era under a new President, Cde Emmerson Mnangagwa.

This is the biggest task that President Emmerson Mnangagwa is going to be facing.

Those of us who have always supported him see him as the Deng Xiaoping of China who comes in after a long leadership and an atrophy in the economy; who comes in and says we must open, bring investment and open up the economy, release the energies of the people of Zimbabwe and use our resources to pry our rightful place in the global marketplace.

The manner in which Deng opened up China to foreign trade and the reforms he implemented are important lessons which Zimbabwe can learn to chart its own economic success.

The country was being by-passed by everybody in the world as other countries raced to stake their place in the global marketplace.

President Mnangagwa is going to change all that as President of the Republic of Zimbabwe.

He is going to vault Zimbabwe into a place where business will be loved and where investment will be properly rewarded and policies will be made to ensure there is stability in the economy.

The currency will actually be pegged so that the people can go about their daily business and other activities without worrying about a fallen currency.

These are the challenges that President Mnangagwa is going to grapple with, and we are very confident that he is going to deliver on every one of them.

The immediate task that he has is the stabilisation of the currency which has been run down because of incompetency and mismanagement.

Beyond that, we need to be friends to capital. We must be business-friendly. This should be done through domestic, regional, continental and global capital.

Zimbabwe must stake out its position on the international marketplace so that all the investors in the world choose Zimbabwe as a preferred destination.

That way, we can then address our depleting capital stock.

Our infrastructure is degraded, there are no new jobs being created and the exports have to be increased so as to drive a modern economy.

There is no internal consumption on the scale which could make a modern economy thrive.

We have a much-disciplined population, and everybody saw how more than one million people could turn out for a march in various cities with no looting, no crime.

So, we should not be anti-capital like G40 was; we should be proactive in our attraction of capital. This is the most important imperative.

We also need to enhance links with our neighbours so that our capital structure can deliver both imports and exports, which we need for a modern economy.

These are huge markets and no trade agreement of any sort has been signed with them for so many years.

This is the challenge we would like President Mnangagwa to address so that he becomes the Deng Xiaoping of Zimbabwe.

We pray that President Mnangagwa will make Zimbabwe a model African nation in terms of how a modern economy can be run.

Our dream is that he can deliver Africa’s first First World economy.

We need to be confident because Zimbabwe has all the ingredients to achieve this as it has rich natural resources and revered human capital.

Ambassador Christopher Mutsvangwa is Chairman of the Zimbabwe National Liberation War Veterans Association, a former Cabinet Minister and Zimbabwe’s Ex-Ambassador to China. He was speaking to The Sunday Mail’s Kuda Bwititi at President Emmerson Mnangagwa’s swearing-in ceremony at the National Sports Stadium, Harare on November 24, 2017.