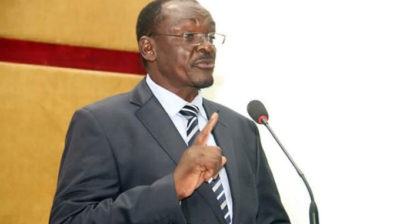 The government says that it has agreed with businesses to place a price moratorium, which will see prices revert to the level they were on March 25, the first time that President Emmerson Mnangagwa’s administration has resorted to some form of price control.

Vice-President Kembo Mohadi told a press conference on Wednesday that there was a “general agreement” among multi-sectoral prices that price increases, particularly during the lockdown period, was speculative and unjustified.

“The multi-sectoral stakeholders committed to a price moratorium to operate based on the prices that were applicable on March 25,” he said.

“The moratorium will also apply to all value chain players.”

Ironically, while businesses are being told to revert to March 25 prices, the government increased the price of fuel on April 4 and it was not immediately clear if fuel industry players would cut their prices.

The last time Zimbabwe dabbled in a similar price control policy was in 2007, which resulted in serious shortages of basic goods.

On June 25, 2007, businesses were ordered to revert to June 18, 2005 prices resulting in massive queues, shortages of goods, inflation and ultimately the collapse of the Zimbabwe dollar.

Upon assumption of office in 2017, Mnangagwa assured Zimbabweans he will not resort to price controls, but the pressure of escalating price increases could have pushed his hand.

In February, the country’s inflation rate was 540% before it raced to 676% the following month.

Last year, Finance minister Mthuli Ncube came up with an unorthodox plan barring the publication of inflation figures for a year.

He introduced a new currency that was meant to stem the inflation tide among other things, but this has not proved to be any helpful.