Zimbabwe splurges US$1m to re-engage US 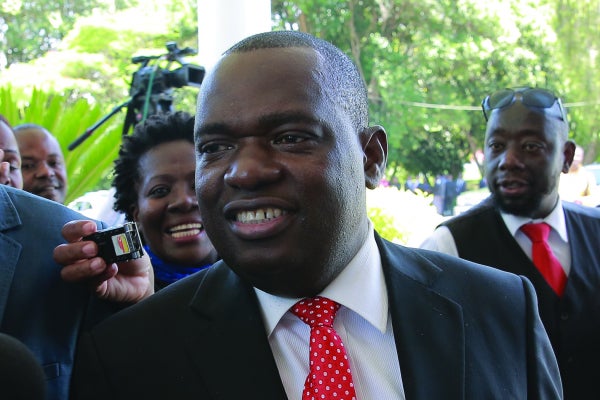 GOVERNMENT has hired a second American consultancy firm, Avenue Strategies Global LLC, for US$1 080 000 to lobby the United States government to drop sanctions against the southern African nation, NewsDay has learnt.

The hiring came about a month after President Emmerson Mnangagwa’s regime splurged another US$500 000 on another American consultancy firm, Ballard Partners, to spruce up the image of the country’s rulers.

The owner of the consultancy firm, Brian Ballard, is a top fundraiser for United States President Donald Trump’s election campaigns.

The revelation came as the broke Zimbabwe government is struggling to implement its reform agenda, which it blames on United States targeted sanctions, despite it moving slowly in implementing recommended economic and political measures.

“For the services rendered by the contractor (Avenue Strategies Global LLC) as required by this agreement, the client (Zimbabwe government) will provide compensation (the ‘compensation’) to the contractor of $90 000 per month, to be paid every three months. A deposit of $270 000 (the “deposit”) will be payable by the client simultaneously with the execution and delivery hereof a signed agreement and every three months after,” reads part of the agreement signed between Avenue Strategies Global LLC and the Foreign Affairs and International Trade ministry.

The agreement states that failure to submit all the invoices could result in a late fee being paid by the government.

But the agreement states that should either the government or Avenue Strategies Global LLC wish to terminate the agreement, the party wishing to do so will have to provide a 30-day notice in advance.

According to the terms of the consulting agreement, Avenue Strategies Global LLC will provide consulting and public relations services on behalf of Zimbabwe to foster better relations with the United States government.

“Registrant’s (Avenue Strategies Global LLC) activities on behalf of the foreign principal may include communications with Members of Congress and congressional staff, Executive branch officials, the media, and with other individuals and organisations involved in governmental and public policy matters,” part of the consultancy agreement further reads.

While targeted sanctions have increased the risk of doing business in Zimbabwe, corruption, bureaucratic red tape, policy inconsistencies, lack of national engagement and property rights deficit have been singled out by investors as largely responsible for deterring investment.

The filing of Avenue Strategies Global LLC’s agreement with the Zimbabwean government with the US Department of Justice is required by the US Foreign Agents Registration Act of 1938.

Under this law, it requires that “agents representing the interests of foreign powers in a ‘political or quasi-political capacity’ disclose their relationship with the foreign government and information about related activities and finances”.

The post Zimbabwe splurges US$1m to re-engage US appeared first on NewsDay Zimbabwe.