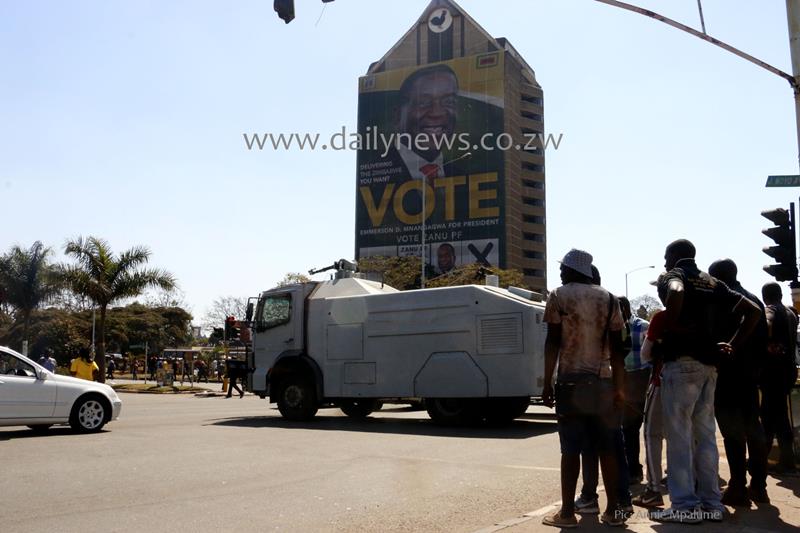 HARARE – Zimbabwe is back in the international spotlight for all the wrong reasons altogether. In recent weeks, the southern African state has been making headlines — locally and internationally — dominated by its economic meltdown.

It has also gripped media’s attention because of the alleged human rights abuses and the August 1 killings of protesters by the army in central Harare.

On the economic front, prices of drugs and basic commodities have shot through the roof following the mayhem caused by government’s decision to introduce unpopular austerity measures in its bid to revive the sinking economy.

The country has over the years been battling a negative human rights record, owing to incarceration of political and social activists under former president Robert Mugabe’s rule.

The negative publicity has persisted well after the military coup that ousted Mugabe in November last year.

While Mugabe’s successor, President Emmerson Mnangagwa, has promised to uphold human rights as provided for in terms of the Constitution, the 76-year-old politician is far from ending the abuses

Just after elections Mnangagwa was blamed for allegedly setting the army which shot and killed at least six people who were demonstrating peacefully on the streets.

As a result of pressure from the international community, Mnangagwa set up a commission of inquiry which is investigating the issue.

All eyes are now on this commission on whether they are going to produce a report telling the truth without favouring the ruling party.

Two weeks ago, the Zanu PF government was under spotlight after several trade union activists, including Zimbabwe Congress of Trade Unions president Peter Mutasa and secretary-general Japhet Moyo, were arrested for attempting to demonstrate against government’s austerity measures.

This did not go down well with international labour unions that strongly condemned the government’s heavy–handedness in responding to workers’ protests against new economic reforms.

“It means we are a country that does not learn. We go through the same issues year after year and still do things the same way,” said Saungweme.

He said instead of being known for high literacy levels, innovation, agricultural potential, hospitality and tourism potential, Zimbabwe now hog the limelight as a case study for how economies react to poor economic and political governance.

“The country hogs the limelight for a conflated form of resilience where we adapt to new normal and tighten our belts instead of addressing the real elephant in the house,” opined Saungweme.

Another analyst Rashweat Mukundu said the country was in an international public relations disaster.

“I think ED’s (Mnangagwa) message that Zimbabwe is open for business has been eroded and the government is in an international public relations disaster. The fuel and basic goods shortages are the dominant story on Zimbabwe and this is not by any stretch of imagination sending the right signals of an organised leadership. While ED is working on resolving this, there is a trust deficit that is the government is not being sincere on as many issues,” said Mukundu.

He added that Mnangagwa must walk his talk in order to address the current problems.

Said Mukundu: “So far there is just too much talk and no action. ED can equally change the narrative by instituting changes that do not need money, remove repressive laws like AIPPA, start a process towards electoral reforms, resolve Gukurahundi more honestly. These do not need money but provide positive vibes on Zimbabwe.”