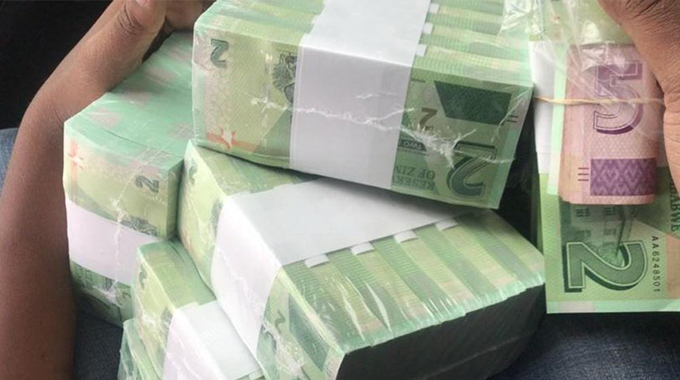 Business Reporter
For the second week running, the Zimbabwe dollar yesterday firmed marginally against the US dollar in the weekly auction, this time by just under three quarters of a percent, to $82,6993 from last week’s $83,32 despite a record allotment of US$19,2 million on both the main and SMEs auctions.

The new stable rates generated by the auction system in the past month are emphasised by the movements of well under one percent over the past four auctions following movements in the first eight auctions.

With the Zimbabwe dollar now only a few cents below the mid-August rate as a result of these tiny four changes, the process of price discovery in an open market system has produced general agreement within very narrow limits of just what the local currency is worth for normal international trade.

In the last four auctions, the Zimbabwe dollar moved down 0,43 percent, then down another 0,58 percent, then up 0,094 percent last week and now up by another 0,746 percent to produce a cumulative move down over the four weeks of 0,016 percent, roughly a sixth of one percent, or a total of just under 14 cents.

These tiny changes have resulted in minimal price movements, a few prices falling slightly as a result of lower inflation expectations, and the less common small rises driven by a rise in real costs.

Zupco fares are the only common item that has seen a major jump, probably in a catch-up process.

Yesterday’s main auction saw 185 successful bidders allocated US$18 334 530,08 with another 31 bids disqualified because bidders were trying to pay for goods or services not on the import priority list, according to the Reserve Bank of Zimbabwe, or had not cleared paperwork by the deadlines for previous exports and imports.

In the SMEs auction, 59 valid bidders shared US$876 674,44, with another 15 disqualified for the same reasons. This is the first time the Reserve Bank has listed non-adherence to the priority list as the main reason for disqualifications. Some bids were allotted pro-rata to ensure that allotments conformed to the import priority list. No valid bid was rejected in full.

In yesterday’s auction, as in the previous 12, raw materials took almost half the allotments with US$8,7 million on the main auction and US$255 700 on the SME auction.

Machinery and equipment, as always, came in second with US$3,3 million on the main and US$226 347 on the SMEs, and consumables, listed as things like spares, tyres and electricals, in third place on US$2,289 million and US$218 332 on the two auctions.

These three categories tend to account for between three quarters and 80 percent of all allotments in all auctions.

The final quarter or so is shared by services (loans, school fees, dividends and disinvestments), retail and distribution, fuel electricity and gas, pharmaceuticals and chemicals and paper and packaging.

The bids for the main auction were between $88 and $75 and for the SMEs auction between $86 and $73, with the bottom bids around $1 lower than last week.

Observers say the modest strengthening of the Zimbabwe dollar is a culmination of efforts by both the monetary and fiscal authorities to curb money supply growth.

“The ratio of Zimbabwe dollars to US dollars is actually contracting over time, which is creating demand for the local unit.”

Others still have moved to increase prices of their goods and services in US dollar terms in particular “response” to the 20 percent surrender policy introduced last month.

But Mr Gwanyanya says the move to increase prices in US dollar terms is ill-advised and very transitory.

“The 20 percent surrender policy was essentially to support demand for the Zimbabwe dollar. It alternatively increased US dollar supply into the formal system,” he said.

“Because convergence between the official and the parallel market rate has not been achieved, there are still arbitrage opportunities rising from that gap.

“But businesses increasing prices in US dollars are doing that to the detriment of their sales volumes. Those prices increases are only a short term disturbance. In the long run the 20 percent surrender policy will result in increased flow of foreign currency on the official market.”