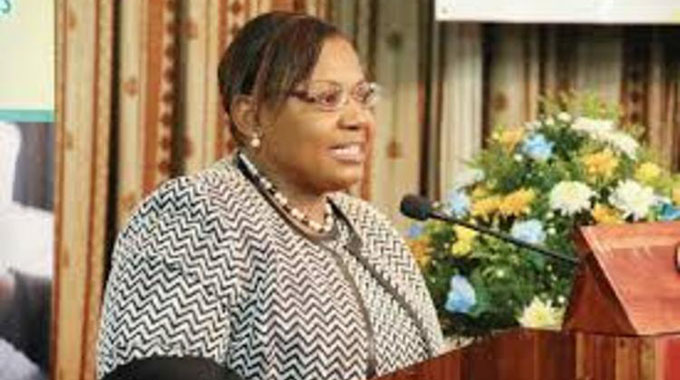 Zimbabwe Revenue Authority (Zimra) board members made rich pickings from fees and allowances last year after pocketing a combined $292 582 last year, representing a 9 percent rise from the prior year.

Africa Moyo Business Reporter
Zimbabwe Revenue Authority (Zimra) board members made rich pickings from fees and allowances last year after pocketing a combined $292 582 last year, representing a 9 percent rise from the prior year.

The cause of the jump in board allowances and fees could not be established by the time of going to print.

Zimra board chairperson Mrs Willia Bonyongwe’s board fees were unchanged at $24 000 from the prior year.

Zimra’s annual report for 2017 shows that in terms of sitting allowances, the board chairperson got $20 761, representing an almost 100 percent jump from the $10 800 she obtained in the year earlier.

The vice board chairperson also recorded a huge increase to $15 400 from $9 725 in the year earlier reflecting a 58 percentage increase.

Similarly, other board members recorded a jump in sitting allowances to $86 422 last year from $62 650 in the comparative period indicating a 38 percent jump.

Government has previously expressed concern over the frequency with which some parastatal boards meet.

It is understood that some board members increase the number of their meetings to further milk the already burdened firms.

Government has crafted a law, the Public Entities Corporate Governance Act and was gazetted in May this year, to stem the tide of board members and chief executive officers who enrich themselves at the expense of the companies they lead.

According to the Public Entities Corporate Governance Act, payments to board members will be based on the entity’s financial capacity and the standards observed at organisations of a similar size and nature.

Board members are no longer allowed to access loans or any other credit facility from State-owned enterprises and parastatals.

Anyone found in breach of the law will be fined and/or imprisoned for a year.

Board members will only serve for eight years while no one will sit on more than two boards, and the primary basis for all appointments will be merit.

Ministers, who were previously accused of appointing their friends as board members and CEOs, are now required to notify the Corporate Governance Unit in writing and to justify the appointment.

CEOs will also be appointed on merit through an interview process, be evaluated annually, and serve for a maximum of 10 years.

Section 17(1)(c) reads: “  . . .  no chief executive officer shall, even if his or her performance has met such standards, be re-appointed after the tenth annual review, unless the President’s approval of the re-appointment is obtained.”

The total remuneration and benefits bill should also not exceed 30 percent of the organisation’s revenue or operational budget for the prior year.

Newer Post
Time to put Mandela where he belongs
Older Post
‘I’m not in a sexual relationship with a presidential candidate’: Zim election boss