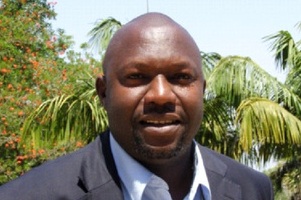 HARARE – While international observers are appreciating the peace that accompanied the poll campaigns, the Zimbabwe Human Rights Association (ZimRights) said these have also noted some grey areas which they feel can be improved.

During their engagements, ZimRights director Okay Machisa said the observers were worried about the transparency and accountability of the Zimbabwe Electoral Commission towards delivering a free and fair poll.

“The observers also noted the hate speech and intimidation on political opponents on social media platforms. But they are also agreed that these grey areas cannot be reason enough to avert the will of the people,” he said.

Machisa said while there was relative peace, there were also pockets of violence and intimidation that went unchecked.

The ZimRights director believes the police have not done much to apprehend perpetrators of political violence and described as unfortunate the law enforcement agents’ denial of permission for the MDC to demonstrate.

“The police could not clear their demonstration saying they had no manpower and that Africa Unity Square is booked for several days; we know that this is just meant to stifle the opposition who have a right to demonstrate; that right is provided for in the Constitution of Zimbabwe.”

He said today’s vote was crucial and people need to protect it.

“What is important, we need peace in our country, let us be calm after the voting, I know everyone will be adding the numbers but we need to respect due processes until they come to an end.

“When you finish voting stay around and wait for the results, that way you will be protecting your vote.

“After the results are announced let there be no provocation because some will be celebrating while others would be crying over their loss.”

Machisa added that as we go towards the dying minutes, ZimRights is also concluding their campaign chain which began with urging people to register then inspect the voters’ roll.

“Now we are saying get out and vote and we are in all provinces where we are mobilising everyone registered to go and vote.

“We are using the same template that targeted 10 people who also mobilised 10 more each and these also mobilised their own — the chain has been extending and we are happy with the results.”