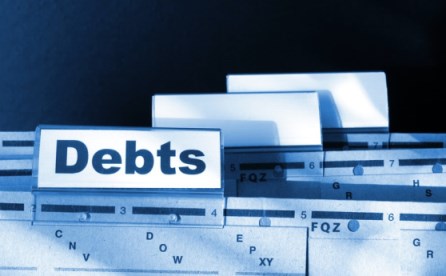 ZIMBABWE’s debt burden, estimated at around US$9 billion, has been a stumbling block to the country’s economic recovery initiatives and has impacted negatively on the country’s international credit rating, a development which has cost the economy much-needed foreign investment and capital flows.

Further accumulation of arrears by the country implies further worsening of the country’s creditworthiness. If this trend continues, it could culminate in creditors seeking redress through litigations in international courts, thus increasing payment costs on the country.

As such, the successful implementation of some homegrown economic development programme remains critical to efforts geared at initiating the debt relief process for Zimbabwe and boosting confidence among investors and the donor community at large on the country’s commitment to institute credible policies.

While debt relief is needed, it is only part of the solution to Zimbabwe’s quest for economic performance and sustainable competitiveness. It is certainly not the magic bullet that would solve all of the country’s problems.

The country’s financing needs would remain high even after debt relief, as infrastructural deficiencies would have to be bridged to support sustained economic growth.

Although debt relief could slightly increase the amount of financial resources available to the country, it is also noteworthy that the debt burden is not the only impediment to poverty reduction and economic growth in the country. The need for home-grown macro-economic policy adjustments remains critical to compliment the debt relief programme for sustained macro-economic stability, growth and development.

Given the limited domestic resources available to meet the country’s financing requirements, there is need to aggressively promote private sector investment and come up with new strategies to stimulate the economy.

This, however, calls for transparency in information dissemination as well as removal of impediments to the meaningful attraction of foreign direct investment and strengthening of the legal system on such issues as property rights and financial systems and the creation of an enabling political investment climate, free of patronage and conflict.

At independence in 1980, the Zimbabwean government adopted a socialist ideology in which expenditure on human and social needs was given prominence.

The new government was under immense pressure to finance post-war reconstruction projects as well as to fulfill the post-independence development agenda that included free education, health and higher wages, among others.

This culminated in increased expenditure which was not commensurate with the country’s revenues. Consequently, the country began to experience high fiscal deficits and rising public debt. The country’s fiscal position was further exacerbated by the severe droughts of 1982, 1985 and 1992.

In these circumstances, the government had to commit its limited resources towards drought mitigation programmes, which further exerted pressure on the already precarious fiscal position. As the country’s public debt grew, the proportion of interest payments in total expenditure also increased significantly.

In 1998 and 1999, government expenditure continued to rise due to the country’s involvement in the Great Lakes region conflict. The unbudgeted war veterans compensation of 1997 (when the government awarded unbudgeted $250 000 to each ex-combatant as compensation for taking part in the liberation struggle), was enough to cause problems for the economy.

Shrinking tax revenue triggered by reduced economic activity, expenditure overruns from unbudgeted wage increases and huge domestic interest outlays also contributed to the weakening of the fiscal position. Cumulatively, the economy began to experience negative GDP growth rates with an estimated cumulative GDP decline of about 50,3 percent between 1998 and 2008.

By 2000, the government was put on lending restrictions by international multilateral organisations because of its failure to service its debt. This has resulted in difficulties in accessing balance of payments and budgetary support, bringing key developmental projects to a halt.

Declining export performance, coupled with insignificant capital inflows resulted in low foreign exchange inflows. This hampered the country’s capacity to service its external debt obligations. Reflecting this, external payment arrears increased from US$2 073,7 million in 2005 to US$2 478,6 million in 2006. (Kasiyamhuru is president of ZIPP)