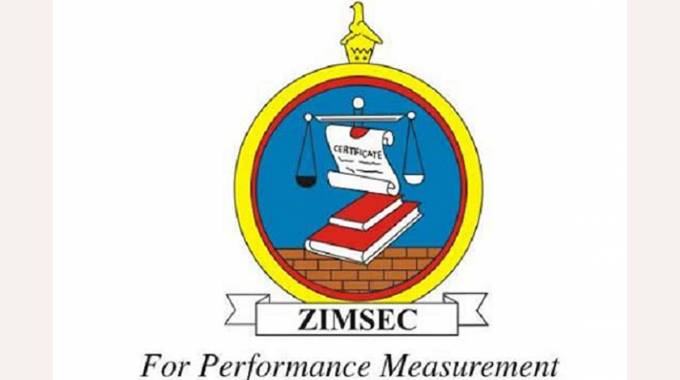 GOVERNMENT will continue to assess the safety of school children from Covid-19, before announcing the dates for reopening of schools as Advanced and Ordinary Level examination classes resume on Tuesday.

Last week Government indefinitely postponed the reopening of schools for the First Term, which was due to start tomorrow. A and O-Level exam examinations will start on Tuesday and will be completed on February 5.

Authorities will make use of the exams to monitor the feasibility of resumption of school for non-examination classes.

So far, school heads have been instructed to identify and rehabilitate alternative spaces which can be used as classrooms or dormitories.

Ministry of Primary and Secondary Education, Communications and Advocacy Director, Mr Taungana Ndoro, told The Sunday Mail that Government had deviated from the initial calendar to ensure more measures were put in place for preparation of schools opening.

“The whole logic behind the deferment of schools opening was to decongest classrooms and to give school heads time to come up with alternative infrastructure,” he said.

“When we opened under Phase one, these were the examination classes, we managed to contain the situation. However, the problem started when the other phases started coming back to school.

“And most of the affected were boarding schools so we want to ensure that there is decongestion in schools.”

Besides creating alternative spaces, schools have also been instructed to come up with new learning strategies such as hot sitting and alternate learning days.

“We need to decongest the classes and have additional infrastructure so schools have been instructed to use every space available be it basketball or tennis courts and be turned into classrooms and halls can be used as dormitories wherever possible,” Mr Ndoro added.

“We wrote to the Government as PTUZ on December 15 last year with a plea to them to consider opening schools for Second Term so that we completely cancel the First Term,” Dr Zhou said.

“This will give us enough time to prepare in terms of infrastructure and financial resources.

“We have students that are still sitting for their examinations and we anticipate the whole process of marking and publishing the results will take the whole of this year. Schools were instructed to come up with alternative spaces but most especially those in the rural areas do not have capacity.

‘‘Government can assist by building prefabs in such schools and this needs planning”.

“At the moment it is confusing. We have not yet decided what we are going to do. However, we are hoping to have dialogue with Government so that maybe those with capacity to continue are given the green light to do so,” Mrs Magweba said.

At least 303 students tested positive for Covid-19 between September and December last year with the highest number of these from John Tallach Secondary school in Matabeleland North.