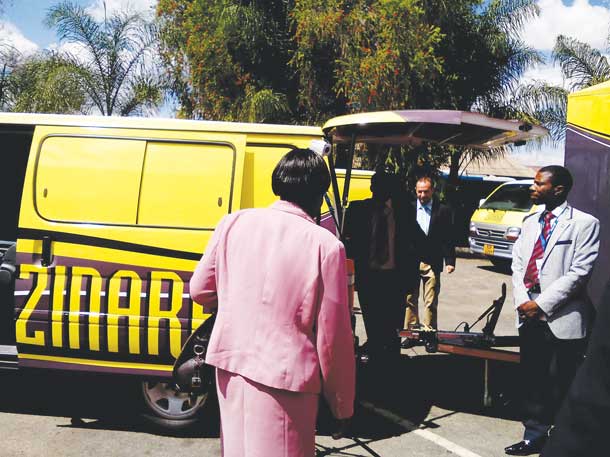 Chiri’s 2016 and 2017 audits revealed gross flouting of tender procedures, misuse of a $71 million special roads fund, and milking of the institution by their contractors, including Univern.

Mujokoro and other Zinara executives appeared before the Tendai Biti-led Public Accounts Committee, where they had a torrid time responding to allegations of gross mismanagement of funds during the tenures of former chief executive Frank Chitukutuku and Moses Juma.

Biti said the AG’s 2016 audit reports revealed that $1 million worth of projects did not meet tender procedure requirements and did not specify the jobs to be done.

He said most of the contracts did not specify the performance, timelines or completion of the roads, with $71 million and R31 million also dished out for shoddy projects to certain named companies.

“The audit report also said that letters would be sent by Zinara to rural district councils (RDCs) to say that a road would be done, when the RDC did not request for that job, and without following tender procedures,” Biti said. “How does it happen that you can come to my house and order that it be painted without me ordering it, and who is really running Zinara? You were using Zinara as a slash fund.”

Precious Murove, the Zinara director for administration, was said to have signed most of the letters on behalf of Zinara.

“I know the names of some of the companies, but not the owners. I only know them when they come to claim their payments at Zinara,” Murove said.

Mushoriwa said Zinara was actually writing to local authorities ordering them to do projects not requested by them.

He also alleged that $8 million was paid to Baddon, $10 million to Bitumen and $7 million to Forit without going to tender.

Biti said Univern supplied Zinara with defective snow graders so that it became a feeding trough and they continued charging for repairs.

Zinara director for technical services, engineer Wishes Mauwa, said of the 80 snow graders, only 10% broke down.

Mushoriwa asked: “In my view, Univern has captured Zinara because they developed a software for you, supplied graders without going to tender, and worse still, are you aware that for every dollar paid by a vehicle, they get 21,27%, and at tollgates, 18,4% per vehicle, and for fuel transfer fees,
they get 16% and those are very exorbitant fees and Zinara is captured?”

Mujokoro said the contracts were signed when she was not yet CEO.

She told the committee that her management had now appealed to the Finance minister to ensure they meet with Univern to re-negotiate the contracts and normalise the rates.

Newer Post
Teachers reject $129 salary deal
Older Post
‘We don’t have anything’: the fight for survival after Cyclone Idai