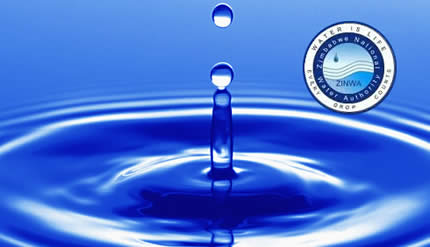 The Zimbabwe National Water Authority (Zinwa) is actively engaging defaulters while at the same time seeking legal recourse to recover more than $112 million in unpaid bills.

Local authorities owe $35,8 million — which makes up the bulk of the debts — followed by consumers who use the resource for irrigation at $27,2 million.

“The failure by clients to pay their water bills has resulted in serious operational challenges for the authority, which requires the money to procure water treatment chemicals, procure spares for water treatment and reticulation systems, as well as carry out dam and related infrastructure maintenance,” said Mrs Munyonga.

“Zinwa will pursue various methods to recover the monies it is owed, including engaging the clients in arrears and instituting legal proceedings.”

Failure by clients to settle their obligations, Mrs Munyonga said, makes it increasingly difficult to sustainably and efficiently deliver services.

Newly elected Zimbabwe Local Government Association (Zilga) president Mr Guy Mutasa said he is yet to establish the reasons why local authorities are failing to pay their bills.

Zilga is an umbrella body of the country’s urban and rural local authorities.

“The problem is I don’t have any information concerning the debts as I am new in the office.

“I am yet to meet with relevant people so that we have discussions on matters like this,” said Mr Mutasa.

Government is pushing for prepaid water meters in order to cut back on defaults.

But there are lingering concerns on water tariffs that are levied on consumers by local authorities, including the money that farmers and miners have to pay to Zinwa, the main custodian of raw water.

According to the 2016 Zimbabwe National Competitiveness Report (ZNCR) – which was compiled by the National Economic Consultative Forum (NECF), a local thinktank – fixed water charges for industrial users at US$80 industrial per 1000 litres of water are the highest in the region.

Similarly, miners and farmers, some of whom might have used their own resources to build dams or drill boreholes to supply themselves, pay US$100 per 1000 litres to Zinwa.

In constrast, Zambia charges its industrial consumers a fixed charge of US$2 for the same quantity.

Zinwa, however, contends that its tariffs are affordable.

It claims that in areas where it supplies treated water to residents it charges US40 cents per cubic metre, especially for ratepayers in high-density areas.

A cubic metre represents 1000 litres or five drums of water.