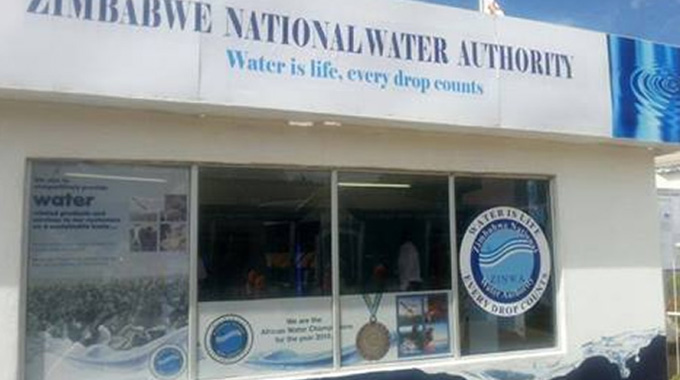 Golden Sibanda Senior Business Reporter
The Zimbabwe National Water Authority’s (Zinwa) profitability jumped 172 percent to $1,8 million in the year to December 2017 on the back of strong growth in revenue; as the authority also recovered from the drawbacks of the massive debt write off in 2013.

“The year 2017 saw the authority’s fortunes turning from a loss position to recording a profit amounting to $1,8 million. The authority had previously recorded a loss of $2,5 million in the prior year,” he said.

“The increase in costs by 15 percent relates to increased costs that arose from restoration of flood affected plant and equipment as well as increased deployment of resources towards maintenance of water supply infrastructure,” Eng Maurukira said.

Obsolete pumping equipment with reduced output and efficiency also affected the clear water supply. As a way to mitigate the impact of this, $2 million has been reserved to address the problems.

Raw water sales amounted to $11,8 million, marginally higher than the $11,7 million recorded in 2016. While the sales were affected by drought in 2016, they were equally weighed down by a very good rainy season the following year, reducing need for supplementary irrigation.

Eng Maurukira said liquidity challenges in recent years had resulted in the authority shifting its approach to revenue collection, with cashless systems being introduced as well as prepayments.

Eng Maurukira said that Zinwa was owed a staggering $112 million in 2017 from $146 million in 2016.
He said that a number of dam projects that had been suspended due to resource constraints had resumed with significant progress having been covered on Gwayi-Shangani. Other major ongoing dam projects include Marovanyati, Semwa and Causeway.

Completed projects include Tugwi-Mukosi Dam, which was commissioned last year, which will improve security for the lowveld sugar irrigators and reduced pressure on traditional main supply dam, Lake Mutirikwi, which was allowed to build storage in 2016 /17.