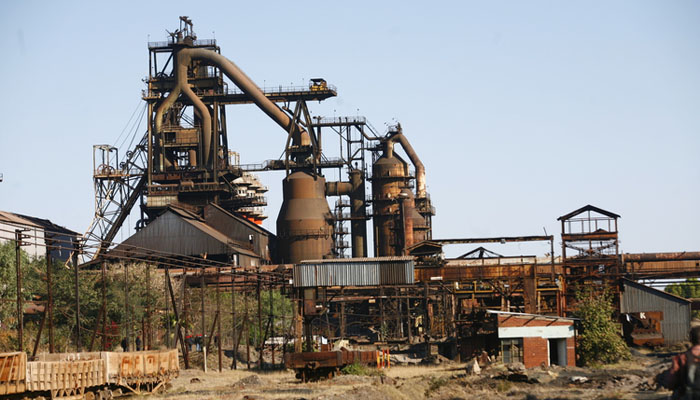 The Zimbabwe Iron and Steel Company (Zisco) board has written to Government seeking confirmation of transfer of the US$225 million debt owed to a German bank by the company to ZimCoke, an investment vehicle that acquired some of the mothballed former steelmaking giant’s assets.

This comes as Government has ordered the deal to be reviewed following its termination by the new board, chaired by economist Dr Gift Mugano.

The board had resolved that the ZimCoke deal, struck in 2017, impinged on Zisco’s revival as an integrated steelworks company.

Zisco stopped operations in 2008 after it was plagued by a lack of funding to recapitalise its operations.

Before then and with a capacity to produce up to one million tonnes of steel per year, the company was among the country’s major foreign currency earners.

Under a debt/asset swap, ZimCoke bought some of Zisco’s assets, equipment and infrastructure, which saw ZimCoke assuming the debt owed to a German bank, KFW.

Under the deal, other key assets to be taken over included the coke oven battery, rail infrastructure, coal handling facilities, residential houses and gas storage facilities.

The US$225 million transaction was signed in July 2017 when Dr Mike Bimha was the Minister of Industry and Commerce. Cabinet gave the deal its seal of approval on May 4 last year. The transfer of the assets was signed for a month later.

But upon assuming office, the current Zisco board directed management to look into the ZimCoke deal and determine its potential impact on the resuscitation of the firm..

The management presented a paper to the board in October 2019, detailing its observations.

It was observed that the ZimCoke deal impinged on the resuscitation of the company. In fact, Zisco’s revival as an integrated steelworks company would be difficult since most of the important components would be inaccessible.

In addition, revival of Zisco would necessitate building of new coke ovens or relying on ZimCoke for coke and coke oven gas.

In an interview, Dr Mugano said the Government had formally responded, directing the deal to be reviewed.

“It is a matter we are seized with,” Dr Mugano said.

“We have written a letter to (the Ministry of) Finance through our parent ministry (of Industry and Commerce) to furnish the board with the confirmation that the debt was indeed transferred from the Government to the private sector. That will form the basis for negotiations with Zim-Coke.

“We also have other processes that will follow, including conducting a proper valuation of the assets to establish if the deal is fair. Things have to be done properly.”

He said Zisco itself remained heavily in debt and had not functioned since 2008 and hence it had no capacity to raise the funds to settle its own obligations or to rebuild the plant.

Mr Cross said ZimCoke had plans to invest over US$500 million to revive the coke oven battery. According to him, it would further invest in clean water supplies, power generation, railways and coal mining.

“When this investment programme is complete, ZimCoke will be the largest industrial exporter from Zimbabwe.”

He said the rebuilding of the coke oven plant was the first stage of the long process of resuscitating Zisco.

“The plant cannot function without coke and ZimCoke will make the restart of steelmaking much easier. Clearly both companies will have to work closely together to achieve that. The directors are well aware of the obligations,” he said.

Recently, ZimCoke appointed a nine-member board comprising Dr Nicholas Ncube, a former deputy governor of the RBZ, as chairman.