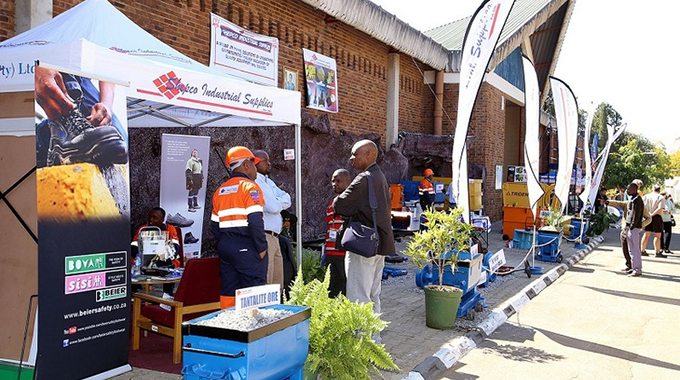 Leonard Ncube in Victoria Falls
THE 60th edition of the Zimbabwe International Trade Fair (ZITF) this week is a perfect platform to attract investors towards the implementation of the Special Economic Zones (SEZ), an official has said.

The ZITF came alive in Bulawayo from yesterday to April 27, 2019, under the theme: “Propagating Industrial Growth through Trade and Investment”.

It is the first ZTIF since operationalisation of SEZ last year when the Zimbabwe Special Economic Zones Authority (ZimSEZA) appointed a chief executive officer.

About $2 billion worth of investment into the SEZ areas has been sealed since ZimSEZA became operational in the last six months.

While organisers of this international exhibition have said they are ready to host the event, ZimSEZA chief executive Edwin Kondo said they will use the platform to secure investors to finance and develop the country’s designated SEZs.

“ZITF is a platform to showcase what Zimbabwe can offer as well as attraction of international investors and Foreign Direct Investment (FDI). To those who will be exhibiting the message is that the time for investment into Zimbabwe is now as there are immense benefits coming from ZITF,” said Mr Kondo.

He said work was in progress to licence more SEZs, with nine private and about six designated so far. Mr Kondo said some of the designated SEZs include Victoria Falls whose target is largely tourism and finance, Bulawayo’s Umvumila, which is spearheaded by the Bulawayo City Council and the Belmont-Donnington-Kelvin industrial corridor.

Others are Beitbridge’s regional logistics corridor and Fernhill in Mutare, which is targeting to establish a dry port.  The Beitbridge SEZ is under the Beitbridge Town Council and focuses on manufacturing, bonded warehousing and finance. Soon to be licensed is the Sun Way City in Harare, which will focus on HiTech industry, electrical, medical tourism and related industries, said Mr Kondo.

“In Victoria Falls we want to bring in business that is related to tourism such as hotels. In Bulawayo we want to revive industry as we include existing and new companies in that corridor as we try and revive local industry and bring in FDI. We have to use to ZITF to talk to investors,” he said.

Mr Kondo said ZimSEZA was engaged in talks with some investors who have shown interest in investing in the Mutare SEZ.

He said with platforms such as ZITF, hopes were high towards accelerating investment into the SEZ concept despite challenges. Some of the constraints include fiscal space limitations, power and water shortages and poor reticulation infrastructure in many local authorities who are key in the implementation of SEZ.