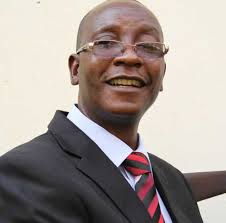 TWELVE legislators attended the National Assembly sitting yesterday, which only sat for less than 10 minutes and was adjourned by Justice minister Ziyambi Ziyambi to August 25.

The sitting began with an announcement by deputy Speaker of the National Assembly, Tsitsi Gezi on the death of Kwekwe Central MP Masango Matambanadzo (National Patriotic Front) and the House observing a minute of silence in his honour.

Matambanadzo, who was unwell, had been attending Parliament sittings and committee meetings despite his illness, was very active, asking questions to ministers during question-and-answer sessions.

He had a keen interest in mining issues.

During the last sitting of the Parliamentary Portfolio Committee on Mines, Matambanadzo expressed dismay over failure by the Justice ministry to urgently compete the drafting of the Mines and Minerals Amendment Act.

Ziyambi then adjourned the House, saying that it was because MPs and staff of Parliament had tested positive to COVID-19.

“This week, we have had some MPs that tested positive for COVID-19 as well as staff of Parliament,” Ziyambi said.

“In view of that and after consultation with Parliament administration and his Excellency President Emmerson Mnangagwa, we decided to adjourn for purposes of fumigation and monitoring of the pandemic to August 25.”