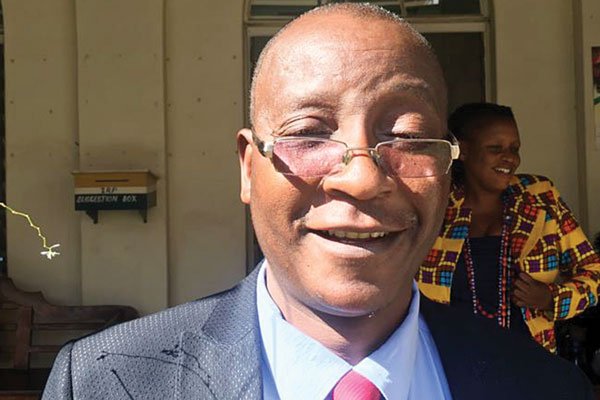 JUSTICE minister Ziyambi Ziyambi yesterday tried to downplay Chegutu West MP Dexter Nduna’s confession that he was a killer by telling the Senate that the word in Shona had several meanings.

Ziyambi was responding to a question by Matabeleland South Senator Meliwe Phuthi (MDC Alliance), who wanted to know government policy on MPs that confess that they committed murders.

Angered by the accusation, Nduna threatened unspecified action against Mliswa, while boasting to have killed several people.

“When someone refers to the word ‘murder’ in Shona, it needs to be qualified what they mean.”

But Phuthi said Ziyambi was trying to dodge the real issue.

“Let us say the truth and not hide using language, minister. The person I am referring to said he killed people — some of whom are unknown and we have people like activist and journalist Itai Dzamara that disappeared,” Phuthi said.

Ziyambi responded: “That is why I said in Shona the word murder is ambiguous. If we take that word as meaning to kill someone, then we need to know who has been killed. If you have information of someone that was murdered, then bring it so that it can be investigated because murder can be investigated even 20 years after it was committed.”

Seeing that Ziyambi was being evasive in his responses, Manicaland Senator Douglas Mwonzora then put the question differently.

“Minister, with the greatest of respect, the intelligence of senators must be respected. The question here is what happens when MPs threaten other MPs in this House with death? What is government policy on that?” asked Mwonzora

Ziyambi said in that case, there was procedure in Parliament to deal with such MPs, through the setting up of a privileges committee to investigate the matter.

Meanwhile, Buhera South MP Joseph Chinotimba (Zanu PF), in an interview with journalists, castigated Nduna and Mliswa, saying the kind of behaviour they were exhibiting in Parliament was bad, as they were not good role models for children.

“What Nduna and Mliswa did does not show oneness in MPs. I am happiness ambassador and was in Dubai and when I saw what happened in Parliament. I was not happy. Such kind of behaviour is not good and does not give good examples to children,” Chinotimba said.