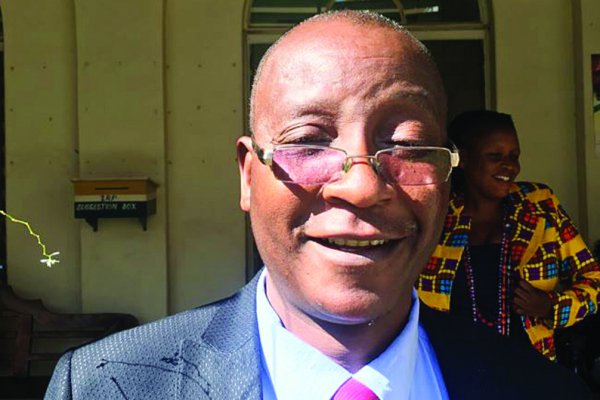 JUSTICE minister Ziyambi Ziyambi was last week grilled in Parliament over the arrest and detention of children on allegations of violence and looting during last month’s violent countrywide protests.

Mutasa South MP Regai Tsunga (MDC Alliance) asked Ziyambi to explain why there was no observance to protect children’s rights during the arrests.

His concerns also came at a time when children’s rights groups raised concern over the conditions under which the arrested minors were being held, saying they were in contravention of human rights conventions.

The Zimbabwe National Council for the Welfare of Children (ZNCWC) said the ages of the children arrested ranged from
nine to 17 years.

Ziyambi said: “I would like to refer Tsunga to the Criminal Procedure and Evidence Act, which clearly states what has to be done with children who are in conflict with the law.

“However, as government, we came up with the pre-trial diversion programme so that those children in conflict with the law are dealt with separately from the adults, that is government policy,” he said. Discontented with the Justice minister’s response, Tsunga said he needed further clarity, adding that the incarcerated children were in leg irons and kept in same cells with adults.

Speaker of the National Assembly Jacob Mudenda then quashed further questions, saying Tsunga should put his questions in writing and give specific incidences of the cases of the affected children.

But Mutare Central MP Innocent Gonese (MDC Alliance) said it was a well-known issue, which did not need further specifics, adding it was imperative for Ziyambi to clarify the policy on juveniles.

“The written question will point out the places where this has taken place so that a direct investigation is done by the minister concerned,” Mudenda said.

The ZNCWC, in a recent statement, demanded that government observes children’s rights.

“Evidence gathered from our member organisations, working on the ground, shows that children have been arrested and detained without following the international and local standards that uphold children’s rights as enshrined in the United Nations Convention on the Rights of the Child, African Charter on the Rights and Welfare of the Child, Constitution of Zimbabwe section 81 and the Children’s Act,” the ZNCWC statement read.

They said there were measures in place that government could use to deal with children in conflict with the law such as pre-trial diversion, which is at the disposal of the State.