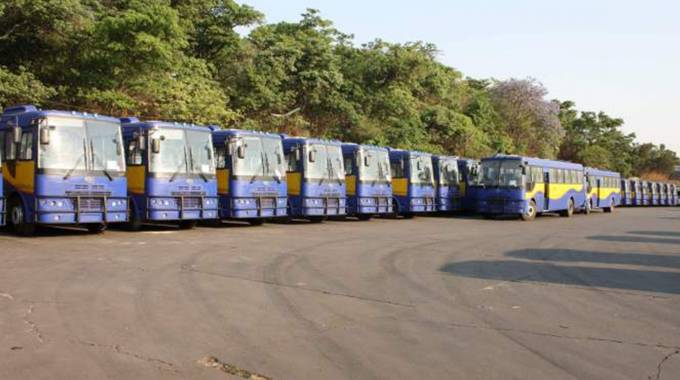 THE Zimbabwe United Passenger Company (Zupco) will take delivery of 100 new buses next month to add to its 800-strong fleet, as Government heightens efforts to address transport challenges and modernise the country’s public transport system.

Engineers at the company have also begun refurbishing decommissioned buses to add to its rural routes, with 20 such buses having been brought back on the road this year.

Cabinet last week “resolved to support the urgent procurement or hire of an additional 667 buses to enable Zupco to provide a more efficient service to all high-density suburbs”.

The Sunday Mail understands that the assembly of buses locally is set to begin before year-end when negotiations are concluded.

Zupco requires 2 000 buses to run an efficient mass transport system. Currently, the transport utility owns 262 buses, while the rest are operated through its franchise system.

“We are expecting, in the next four to five weeks, delivery of an additional 100 buses,” said Mr Madangwa.

“We are currently operating on a fleet of between 750 to 800 buses, and most of them are on franchise.

“Zupco needs at least 2 000 buses for it to efficiently work.

“Our engineering team is also on course, resuscitating our old all-terrain buses and we have already introduced some in the system.”

He said the all-terrain buses will be deployed to rural areas because they are better suited to travelling on gravel roads.

“Private bus operators plying rural routes do not need to join our franchise system; this is meant for urban operations only.”

“We are still working out on the modalities of bringing in knock-down kits for local assembly and it was still work in progress.”

“The Government has plans to facilitate the assembling of buses locally and has engaged partners as initiated through the bilateral agreements in the case of one bus assembling plant,” said Minister Moyo.

“They have already gone into a non-disclosure agreement with a Belarusian company so that the knock-down kits that come from Belarus can be assembled here in Harare.”

Assembling of buses locally is also expected to create employment and business for local suppliers.

“The last time we were doing it, we were using local materials of up to 40 percent, that means we can increase the number of buses or knock-down kits that we bring from a country instead of bringing a completely built-up bus.

“Negotiations with these partners are, however, still to be concluded.

“The buses that are being manufactured and assembled in Zimbabwe have specifications that make them suitable for all-terrain, and with the negotiations that we have done, we are ensuring that those buses can actually ply rural roads.”

Government, he added, expects the negotiations to be completed before year-end, while assembling is also earmarked to commence this year as well.

The last batch of Zupco buses imported into the country was commissioned by President Mnangagwa on March 12.