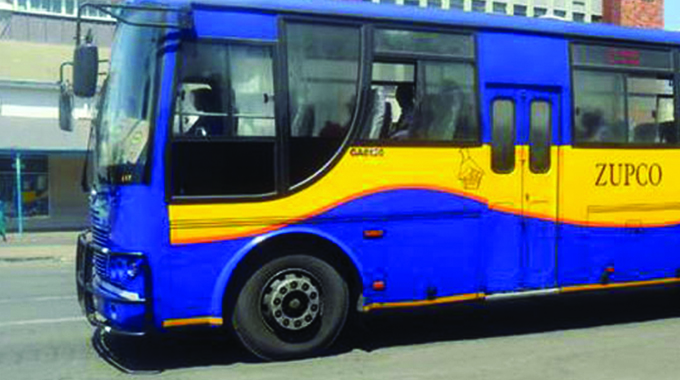 THE Zimbabwe United Passenger Company (Zupco) will release 47 new buses this week, which will grow its fleet to 427, as Government’s drive to reduce the burden for the commuting public gathers momentum.

The new buses were recently acquired from South Africa and China. Delivery of an additional 500 new buses from Belarus, which will be supplied as knocked-down kits, is expected after a team from the Ministry of Local Government, Public Works and National Housing that is already in Minsk, receives training on assembling the coaches.

“We have bought 47 buses from China and South Africa and they are already in (the country) and they will be commissioned very soon.

“In terms of the Belarus buses, we have now come up with a special arrangement where we have sent designs which suit our local terrain and they will send in knocked-down kits, which will be assembled here in Zimbabwe and create employment,” said Minister Moyo.

“It is already work in progress and we have sent a team which will be taught how to assembly the kits and they will come and assemble the kits here in Zimbabwe.

The special arrangement for Belarus to supply Zimbabwe with buses was agreed on during President Emmerson Mnangagwa’s State visit to Minsk in January.

Zupco has 380 buses servicing both rural and urban areas, of which 221 are contributed by the private sector.

Harare is serviced by 194 buses, while Bulawayo — the country’s second largest city — has 76. Mutare has 34, Masvingo 13, while Gweru has eight. Chinhoyi only has two buses.

Zupco’s acting chief executive officer Mr Evaristo Madangwa said some of the new buses will be channelled to rural areas.

“We are working on having some of the buses ply rural routes, while some will be channelled towards the urban centres.”

It is believed that Treasury, which is currently buoyed by monthly budget surpluses of $100 million, is allocating $8 million per month in subsidies to Zupco.

The parastatal has also found favour with commuters as it is conveniently accepting all forms of payment, most particularly prepaid cards and other electronic payments.

In January this year, Government pledged to cushion workers through non-monetary incentives.

Mass public system is seen as a welcome relief for the commuting public, which has been bearing the brunt of steep prices from private transport operators.