12,000 indigenous Zimbabweans could be forced from their land

Source: 12,000 indigenous Zimbabweans could be forced from their land | African Arguments

A commercial irrigation project may displace the Shangaan people from their homes, disrupting their way of life in a case of history repeating itself. 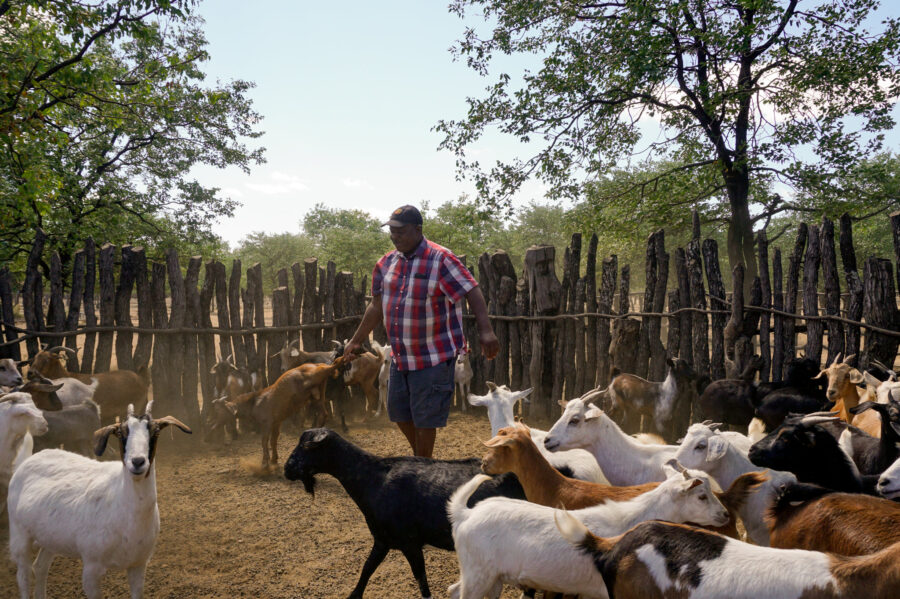 Mkachana Chali with some of the more than 60 goats he raises. Credit: Linda Mujuru/GPJ.

When Mkachana Chali meets fellow residents of this quiet, rural community in southeastern Zimbabwe, he chants “Chitakataka chahina”, a Shangaan saying that means “our black soil”.

That’s all he talks about each day: the land.

For generations, this region located near the border with Mozambique and South Africa has been home to the Shangaan people, who, together with other indigenous groups, make up less than 10% of Zimbabwe’s population.

Now, however, Chali says the land and the entire Shangaan way of life are under threat. Earlier this year, the Zimbabwean government set aside nearly 13,000 hectares of land in the area for a major commercial irrigation project to support alfalfa production. As a result, more than 12,000 Shangaan people in the region could be forcibly displaced from their homes.

“I have 22 cows and more than 60 goats. I have built my house here and given my children part of the land that I got from my father. My children have also built their homes on the land I gave them,” Chali says. “I’m very comfortable with what I have and what I have accomplished. If the government sets up this irrigation scheme, it will limit our land use.”

The project could sever the Shangaan people’s connection with their ancestral graves and other sacred sites. Traditional rituals, dances and music also could be lost if the Shangaan are displaced, according to the Masvingo Center for Research Advocacy and Development (MACRAD), a nonprofit social and economic justice organisation.

“They have lost all their rights to the land,” says Ephraim Mutombeni, coordinator of MACRAD.

Local residents have been pushing back against the development project.

“We are self-sustainable, and we don’t want to depend on handouts. A private company-financed irrigation project will render us useless and dependent on them for survival,” Muhlava Matsilele says. “We don’t want our land taken.”

Boniface Chirovera says the project to grow alfalfa — also known as lucerne — will prevent him from raising cattle and growing sorghum, which he sells to local butcheries and breweries, respectively. 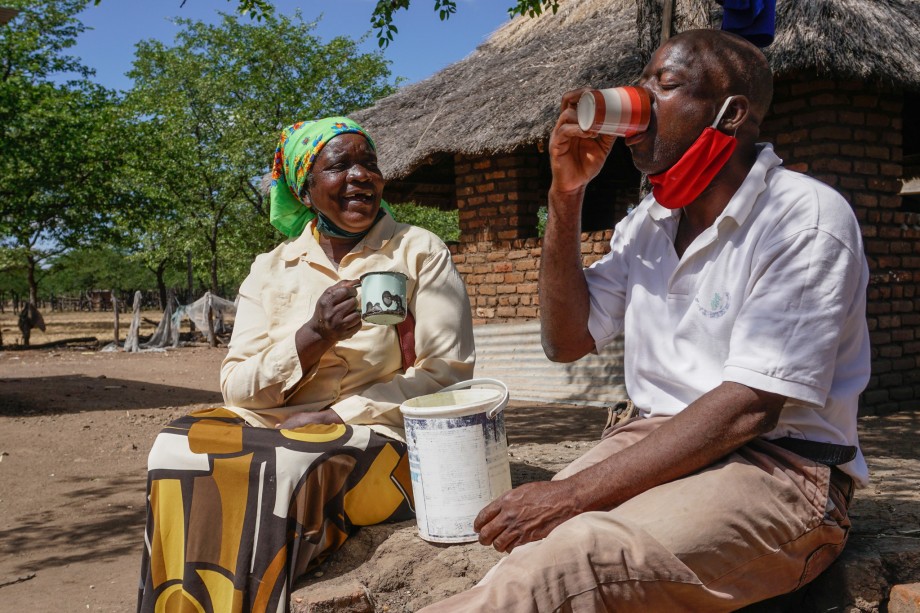 Residents of the region have been displaced before. In the 1960s, the Shangaan were forced to move off part of their ancestral land to make way for the Gonarezhou National Park, which stands just outside Chilonga. And beginning in 2010, nearly 1,800 households were forcibly displaced from the villages of Chisumbanje and Chinyamukwakwa — about 110 kilometers and 130 kilometers from Chilonga, respectively — to make way for an ethanol plant operated by Green Fuel, a Zimbabwean energy firm.

In 2012, a government committee found that most of the households displaced by the ethanol project had not been resettled or provided meaningful compensation. It criticised as inadequate the standard compensation of 0.5 hectare of land per household, recommending that households be provided with up to two hectares.

Merit Rumema, corporate social responsibility manager at Green Fuel, says the company has committed to allocating 10% of the land it develops to the local community and, to date, has distributed 0.5-hectare plots to 1,205 families in the villages of Chinyamukwakwa, Chisumbanje and Munepasi. “An additional 90 plots are currently being cleared and will soon be occupied by the community in the Chisumbanje area,” Rumema says.

But residents do not feel they have received a fair deal.

“I had 9 hectares of land that I grew crops on with my four children,” says Adam Chijakara, 83, who has lived in Chinyamukwakwa since 1973. “Now I am left with half an acre, and my children were not given anything. Their legacy has been stolen.”

Melody Mlambo says she didn’t receive any warning that her five acres of farmland would be taken.

“Even the cotton that was on the land at that time was destroyed by the Green Fuel company,” she says.

Rumema says Green Fuel operates in the region through an agreement with Zimbabwe’s Agricultural and Rural Development Authority, which grants it the right to access the land.

“Green Fuel is not aware of any other person or entity that has rights over the said land who are capable of being ‘displaced,’” Rumema says. “Anyone who claims they were ‘displaced’ must surely legally substantiate such allegation.”

The Agricultural and Rural Development Authority did not respond to multiple requests for comment.

According to Claris Madhuku, director of the Platform for Youth and Community Development, a community organisation focused on sustainable development, the government should have addressed the concerns of local residents before moving forward with the ethanol project.

“The community members were not given an opportunity to negotiate for access to information on their rights and cultural concerns,” he says.

All of this now concerns the residents of Chilonga, who see history repeating itself.

“These irrigation projects did not start here only,” says Chali, pointing out how other residents of the area have been impacted. “It has actually affected their livelihoods. And now they want to do the same to us.”