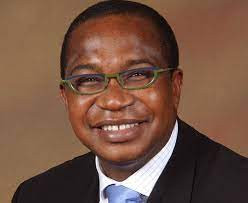 THE Confederation of Zimbabwe Industries (CZI) has amplified calls for Finance minister Mthuli Ncube to scrap the 2% intermediated money transfer tax (IMTT) when he presents his 2023 budget saying the tax was ‘very punitive’ to industry.

In its 223 budget recommendations, the CZI said: “The tax base is currently too narrow and complying firms are already over taxed. Government is placing too much emphasis on taxing the shrinking informal sector and in the process increasing their tax burden and creating unfair competition with the informal sector.”

“Government also not only extended the IMMT to US$ transactions but actually made the rate higher at 4% compared to the 2% for local currency transactions.

“This is very punitive to the formal sector and is also threatening the depositing of US$ into the financial systems as firms try to avoid losing 4% of the value whenever they transact.”

Ncube introduced the IMTT in 2019.

Currently, the IMTT tax is the highest charge on electronic charges across Africa.

“It is our recommendation that the 4% IMTT on forex and 2% on local transactions should be scrapped or reduced to 1% to allow companies and members of the public breathing space,” CZI added.