The year 2021 is a year of greatness which will be premised on maintaining the momentum that was built on the previous year anchored on four economic pillars that were unveiled by the fiscal and monetary authorities, Reserve Bank of Zimbabwe Governor, Dr John Mangudya has said.

In an interview Dr Mangudya said there was need to maintain achievements registered during the last half of 2020 after the economy suffered Covid-19 induced shock in the beginning of the year as that will enable the attainment of Vision 2030.

He said there was need to sustain four policy intervention made by the Government that were, foreign currency auction, combating indiscipline on mobile money platforms, liberalised free funds from the diaspora and ensure policy consistency between fiscal and monetary authorities.

“Going forward we expect 2021 to be a year of greatness on the country’s economy, greatness in terms of stability, policy consistency, employment creation, saving foreign exchange and in terms of welfare of ordinary people,” said Dr Mangudya.

He said prospects for greatness were envisaged on the back of good rains which will help the Government save foreign currency to import food and directed resources to import raw materials for industry.

“We need monetary,  fiscal and financial stability. These three pillars will help sustain the growth of the economy by at least seven percent as envisaged by National Development Strategy 1 and build that momentum and achieve Vision 2030,” said Dr Mangudya.

“We also need a value system of mutual respect, unity, love and peace. Our mandate and philosophy as well is that we need to ensure that we continue to tame inflation, ensure macro-economic stability and policy consistency.”

Commenting on 2021 economic prospects, economic analyst, Ambassador Christopher Mutsvangwa said the year is going to be a game changer as the much yearned prosperity was within grasp given measures put in place by President Mnangagwa together with fiscal and monetary authorities which he referred to as a dream team.

He said several policy measures put in place have resulted in the end of fuel queues, currency instability, electricity blackout and thus giving impetus to a bright new year. 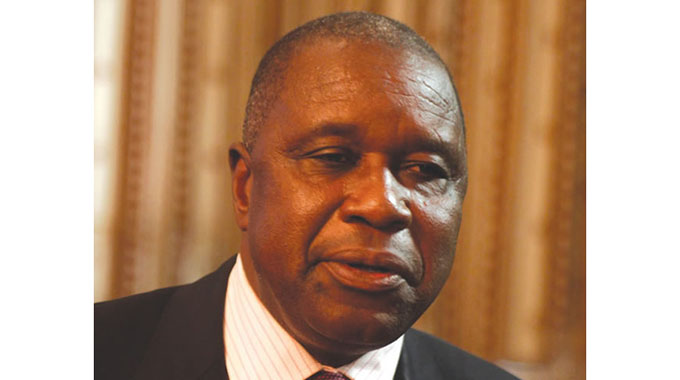 “For Zimbabwe, 2021 heralds to be another country.  The game changer was H.E. President Emmerson D. Mnangagwa and his economic management Dream Team of Hon. Mthuli Ncube, the Minister of Finance and Dr John Mangudya, the Governor of the Reserve Bank of Zimbabwe.

“June 2020 was the watershed month.  The nation faced dire prospects. Bright forces of hope were under siege from a phalanx of dark knights of post colonial manacles. Something had to give,” said Amb  Mutsvangwa

“A comprador mobile network operator had hijacked the new era of digital currency.  It had since usurped the seigniorage role of the Central Bank.  Its self anointed money changers were busy creating money and pumping it into the economy. The resultant hyperinflation was devilishly being harnessed for a sinister regime change agenda.”

“The twin evils conspired to be a delight to Nelson Chamisa and his MDC Dira Jecha brigade. They even set 31 July 2020 as D-Day for a national uprising that would upend the revolutionary order of President Mnangagwa and  Zanu PF,” he said.

“The riposte of the President was a mark of decisiveness reminiscent part of the national liberation war legacy. A slew of pre-preemptive Statutory Instruments cascaded one after another as of June 2020. These turned out to be a handiwork of financial genius by the Economic Dream Team.  The mobile network money machine was husbanded into the strictures of Central Bank regulation. The nefarious exchange was neutralised. Concurrently, the wayward national stock exchange was shuttered. By the time it was re-opened, it had divested itself of the egregious OMIR-ETF. “ (Old Mutual Implied Rate- Exchange Trade Funds).

“The First Republic had by both commission and omission chose to perpetuate variations of this travesty. Selective fungibility was one such gimmick of segmented currency allocation.  Then there was the cardinal sin of arbitrary allocation by the Central Bank. To cap the acts of monetary sorcery, the Economic Dream Team introduced the weekly Dutch Auction of foreign exchange. Financial stability and national price parity has since reigned supreme,” he said.

Economist, Mr Eddie Cross said while the economy was not yet at its optimum, it was fast recovering particularly comparing to other neighbouring countries. “By the end of December, I have no doubt in my own mind that our GDP will have largely recovered to earlier levels of activity. Zimbabwe stands on the threshold of new opportunities today — we are slowly getting our act together, our economy is expanding, our local currency stable and undervalued and our productive sector starting to appreciate that we can sell into regional markets,” said Mr Cross.

“The 2021 agricultural season is poised for break-even and above average growth. The rain season has proven to be favourable therefore the harvest will be great, pfumvudza has brought about broader participation and increase in production. ,” said Mr Kembo.