Twenty-four Zimbabwe National Army lieutenant colonels have been promoted to the rank of colonel by Commander-in-Chief of the Zimbabwe Defence Forces President Mnangagwa.

The promotions were in accordance with the Defence Act and are with effect from November 23. 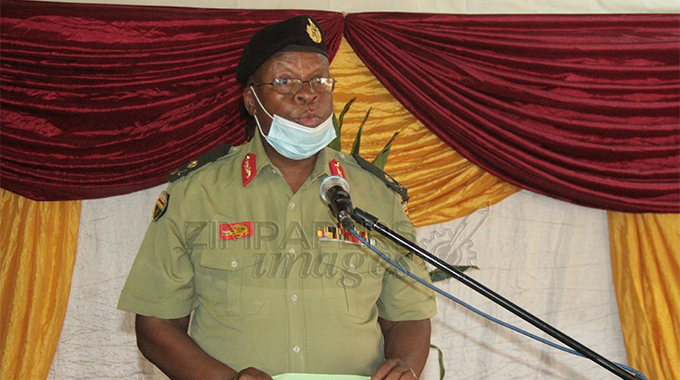 “Never lose sight of the fact that pluralism in responsibility being brought by this promotion is deliberately meant to serve and attain a single constitutional mandate, which is to defend our independence, territorial integrity and sovereignty against envisaged threats,” he said.

“Irrespective of your post and status of employment, both qualitative and quantitative means to measure your proficiency will be used. Senior officers are men and women of integrity and it is my hope that all of you will step up to this challenge and deliver beyond expectation.”

Maj-Gen Chima urged the promoted staffers to be innovative. 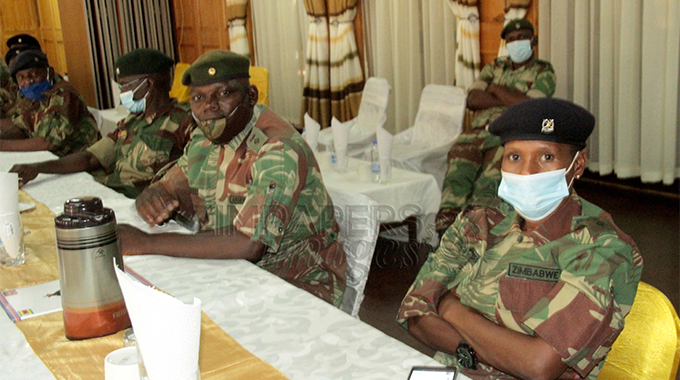 Some of the formerly lieutenant colonel that were conferred to the new rank of Colonel at Josiah Magama Tongogara in Harare yesterday.- (Picture by Edward Zvemisha)

“I implore you to come up with innovations in your leadership jurisdiction in complementing Government policies which are aimed at generating and perpetuating economic buoyancy and growth,” he said.

“The sustainability of the Transitional Stabilisation Programme and its successor, the recently launched National Development Strategy 1, hinges on your collective efforts and unity of purpose as a nation.”

Maj-Gen Chima said while the nation was yet to recover from a state of food insecurity caused by the El Nino spells in previous agricultural seasons, it was worthwhile to note that the monetary and fiscal policy interventions by Government had restored both stability and confidence in the economy, particularly in the last few months.

The measures adopted by Government to tame inflation and the runaway exchange rate included fiscal and budgetary discipline, the introduction of the foreign exchange auction, and putting limits on mobile money transactions and restricting mobile money users to one account. 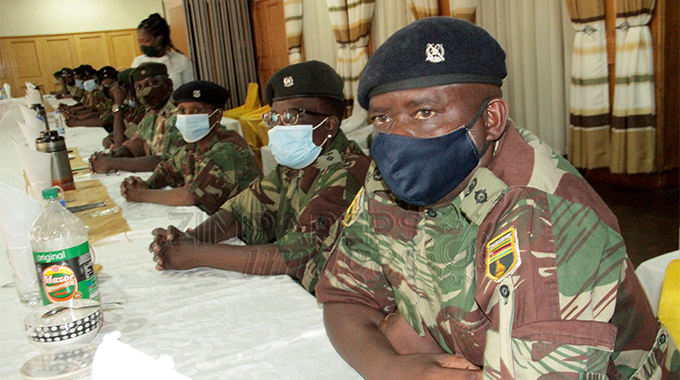 Some of the formerly lieutenant colonel that were conferred to the new rank of Colonel at Josiah Magama Tongogara in Harare yesterday.- (Picture by Edward Zvemisha)

Maj-Gen Chima said the defence of the nation was sacrosanct, which should never be mortgaged and compromised.

He said the ZNA had migrated from gender stereotypes and prejudices of ancient times, which were skewed in favour of men.

One of the newly-promoted officers, Colonel Edward Mutukwa, said the promotion came with more responsibilities which they were ready to execute.

“This promotion comes with excitement, renewed vigour and above all, high expectations and responsibilities which we are ready to partake in our new posts within the organisation,” he said.

“Our increased responsibilities also span to strategic initiatives and solutions that will collaborate in an integrated effort to shape the ZNA’s capability. We assure the nation that we will adjust the frame of our approach to organisational and national requirements in support of the Second Republic’s goals of achieving an upper middle income economy by 2030.”

Among those promoted was ZNA public relations director and spokesperson, Colonel Alphios Makotore.