Prospects of job creation and economic growth in the post-Mugabe era continue to remain bleak. 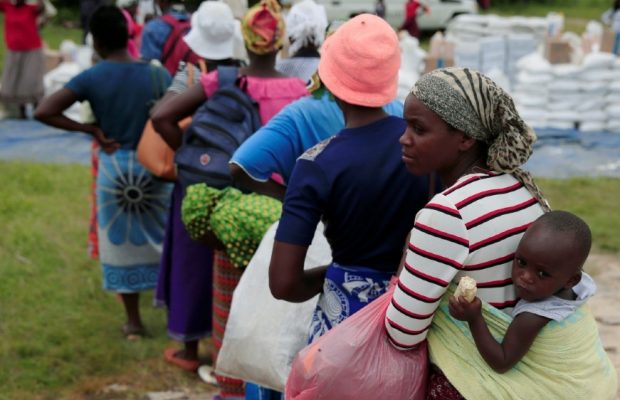 Harare, Zimbabwe – Having lost his job as a sales assistant in an electrical consumables shop, Amos Chivedede at first believed Emmerson Mnangagwa, the man who succeeded Zimbabwe’s longtime President Robert Mugabe in a military coup three years ago, was a godsend.

The reason? Mnangagwa’s promises of jobs and democracy.

“Today, we are witnessing the beginning of a new and unfolding democracy,” Mnangagwa told local and foreign journalists after his return from brief exile on November 22, 2017, a day after Mugabe resigned under duress.

“The voice of the people is the voice of God,” he said at the Harare headquarters of ZANU-PF, the party that has governed Zimbabwe since independence from Britain in 1980. “No one is more important than the other. We are all Zimbabweans. We want to grow our economy. We want jobs.”

Weary of Mugabe and his ruinous economic policies, Zimbabweans were optimistic.

An infectious euphoria premised on the pledge of change and a prosperous Zimbabwe was palpable at the time, with thousands of jubilant Zimbabweans taking to the streets to celebrate what they hoped would be the dawning of a new chapter in the country’s history.

“I honestly thought the jobs he promised us would come,” Chivedede recalled.

But for the 38-year old father of three, reality quickly set in.

With no source of income and no job prospects on the horizon, Chivedede took his two-wheeled steel pushcart and offered to ferry heavy goods for an agreed fee around Kuwadzana, a high-density suburb west of Harare.

It is the only job he has known since then.

“I have not seen any change since Mnangagwa took over. In fact, things have gotten worse,” Chivedede said. “The economy is in trouble; there has been no job creation; industry is still grounded.”

Three years after the military coup that led to Mugabe’s departure, observers say Mnangagwa is still struggling to deliver on his promises.

Zimbabwe is in the throes of a deepening economic crisis characterised by high inflation of close to 700 percent, foreign currency shortages and a devastating mix of a rapidly weakening currency and stagnant salaries.

In December last year, the World Food Programme warned that Zimbabwe was facing its worst hunger crisis in 10 years, with half of the population – 7.7 million people – food insecure.

Meanwhile, more than an estimated 90 percent of Zimbabweans are either unemployed or earn a living from some sort of informal work.

“On employment, the economy has been declining so no doubt the performance [of the government] is not so good,” Harare-based economist Victor Bhoroma said.

“The employment council points that over 1.2 million formal jobs have been lost in the last 18 months due to economic decline, COVID-19 and other economic ills.”

Rampant hyperinflation
Zimbabwe adopted the use of US currency in 2009 after hyperinflation decimated the value of the local currency. Following the disputed 2013 elections and the end of a unity government between Mugabe and the late opposition leader Morgan Tsvangirai, the economy started to suffer from lack of confidence.

By early 2016, a shortage of US dollars prompted authorities to introduce bond notes, a surrogate currency, which largely traded on a par with the dollar.

At the time, the country’s economy was relatively stable, but Zimbabweans felt Mugabe – in power since 1980 – had overstayed and demanded change.

In November 2017, annualised inflation stood at 2.97 percent, up from 2.24 percent the previous month. But just a year after Mnangagwa took over, inflation had hit double-digit territory at 31.01 percent, according to Zimbabwe’s statistical agency – and seven months later, the wheels had basically fallen off.

Hyperinflation has seen the value of earnings for Zimbabweans decimated.

The country’s currency, the Zimbabwe dollar, a combination of bond notes and the Real Time Gross Settlement Dollar, has lost value against major currencies under Mnangagwa and is now trading at $1:105 on the black market and $1:83 at the official market.

Economists blame the creation of electronic money by the central bank – a move taken after speculation saw the bond note trade at a discount to the dollar – for the Zimbabwean currency’s rapid depreciation.

“The Zimbabwean economy performed very well from 2010 to 2014 with record investment, free movement of capital, improvements in standards of living and reduction in poverty, price stability, record corporate profits and investment and other social indicators,” Bhoroma said.

Lack of human rights reforms
After years of diplomatic ostracisation under Mugabe, Mnangagwa early on committed to political reforms as part of a process of re-engagement with the international community.

But three years later, critics say his administration has not steadfastly implemented these pledges. They point out to the government’s record that has seen the repealing of just one law, the Access to Information and Protection of Privacy Act (AIPPA), a piece of legislation seen as hindering freedom of expression and press freedom.

At the same time, the Public Order and Security Act, another piece of legislation human rights activists say is an assault on fundamental freedoms such as assembly and association, is still in force.

Mnangagwa, a ZANU-PF stalwart, has also faced allegations of employing the heavy-handed tactics of his predecessor’s government, which harassed, threatened and arbitrarily arrested critics and activists.

“In terms of human rights, we are worse off [under Mnangagwa],” said Rejoice Ngwenya, a Harare-based political analyst. “Economically, we are also worse off.”

Others said Mnangagwa missed an opportunity to steer the country forward.

“The 2017 coup was meant to be a watershed moment for the history of our country,” said political analyst Rashwheat Mukundu.

“Regardless of the fact that it was not a democratic process, there was hope that Mnangagwa would understand the history of the challenges that our society was facing. The history of human rights abuses, the history of economic collapse and suffering of the majority of the people of this country,” Mukundu added.

“The expectation was that he would implement major turnaround in terms of policy responses to these challenges.”

But government officials painted a different picture, saying Mnangagwa had managed to stabilise the local currency and that his administration remains committed to rebuilding the country and engaging the broader family of nations.

“On the economic front, businesses are bullish about foreign currency stabilisation and ongoing price discovery since July 2020 when the president intervened through statutory instruments on finance and banking,” said Information Minister Monica Mutsvangwa, adding that a weekly foreign currency sale using the Dutch auction system, in which prices start high and then decline, is “doing well to the delight of the public and investors”.

Authorities blame sanctions imposed by the US and the EU against top ZANU-PF and government officials following the 2002 elections that were marred by widespread electoral violence for the country’s economic woes.

In October, member countries of the Southern African Development Community (SADC) marked what is now known as the SADC Anti-Sanctions Day, with the African Union also calling for the unconditional removal of sanctions against Zimbabwe.

“Our regional and continental diplomacy is very alive as demonstrated by the recent resounding solidarity in calling for the removal of sanctions,” said Mutsvangwa.

Mutsvangwa said the Zimbabwean government is pinning its hopes for food security on its “Pfumvudza”, a climate change resilient program, and argued reforms on the renewable energy market, among others, have begun to show positive results.

“Now there are no more fuel queues and power cuts are rapidly disappearing.”

Still, three years on, many ordinary Zimbabweans say their dreams of a better life have been crushed.

“I was hoping for more jobs and a better country,” said Beulah Muchaya, a 31-year old mother of two who hawks fruits and flavoured corn snacks in Harare.

“But things have gotten worse under Mnangagwa,” she added.

“Life is hard now. These days the number of people who have turned to vending has increased. As a result, it’s difficult to make a decent living from it.”