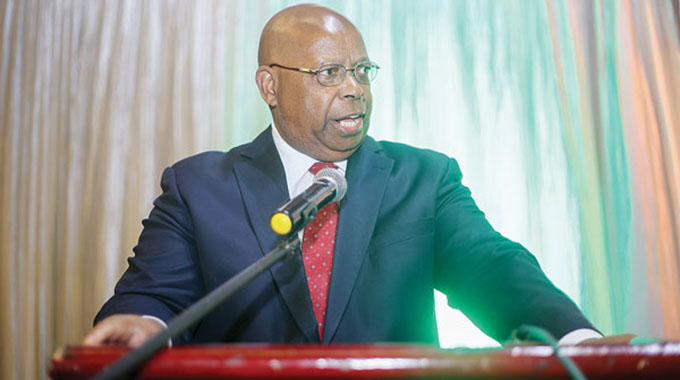 Farirai Machivenyika Senior Reporter
Cabinet ministers have been given a 30-day ultimatum to bring to Parliament Bills that were outlined by President Mnangagwa in his speech during the State of the Nation Address (SONA)and official opening of the First Session of the Ninth Parliament.

Those who fail to meet the timeline will face the embarrassment of being summoned before Parliament.

The ultimatum was issued by Speaker of the National Assembly Advocate Jacob Mudenda while officiating at an induction workshop for ministers and their deputies yesterday.

He said the legislative agenda that was laid out by the President must be fulfilled.

“Ministers must expeditiously table in Parliament the 29 Bills outlined by His Excellency, the President, in his SONA delivered in a joint sitting of Parliament on the 18th of September 2018,” said Adv Mudenda.

“We are together here to talk to each other and say the legislative agenda that was set by the President must be fulfilled.

“We are going to wait for you for a month and if no Bill that has been tabled by His Excellency is coming from a ministry, please know that we shall summon you to Parliament and ask why are you not complying with the legislative agenda that was presented to Parliament by His Excellency? You have to consummate those 29 Bills.”

The legislative agenda presented by the President covers a wide spectrum of issues from improving the country’s business climate, strengthening children’s protection and doing away with harmful cultural practices.

Adv Mudenda urged ministers to take parliamentary business seriously by attending to business in the House.

“I wish to allude to the fundamental fact that during the subsistence of the Eighth Parliament, certain omissions which were in dissonance with the law were observed, particularly the non-attendance to parliamentary business by certain ministers,” he said.

“In this context, it is imperative that we find common ground if Zimbabwe is to enhance and sustain the democratic governance trajectory envisioned by President Mnangagwa.

“It is axiomatic, therefore, that we should hold this induction workshop so that Parliament and the Executive can leverage synergies to achieve compliance with the Constitutional obligations demanded of both the Executive and Parliament.”

Adv Mudenda said by prioritising parliamentary business, the ministers would be fulfilling the mandate that was bestowed on them by the electorate.