300 cops in line for promotion 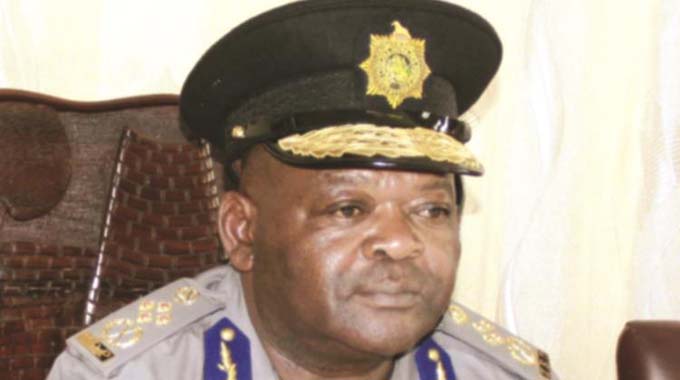 Herald Reporter
About 300 Zimbabwe Republic Police (ZRP) officers countrywide are set to be promoted by the end of this month, as the force continues to intensify its restructuring exercise.

Police sources in Harare said the promotions sought to fill positions that fell vacant due to dismissals and retirement.

The sources said a process to identify those to be promoted began last month and the list will be availed by end of this month through the normal channels.

This comes as the police force has abolished some senior positions.

Commissioner-General Godwin Matanga has since approved the changes.

ZRP said the ongoing restructuring of the police force was not a witch-hunt, but a deliberate exercise to improve service delivery.

According to the police, the restructuring, which was not a new phenomenon, would see more officers being available for operational duties.

Addressing senior police officers during a meeting held as part of his tour of Matabeleland North Province in Hwange last week, Comm-Gen Matanga assured police officers that no one will be made redundant owing to the restructuring exercise.

“As you might be aware, the process has seen some hard decisions being taken, for instance the abolishment of certain posts and the merging or thinning of some sections,” he said.

“In this regard, the best interest of the organisation will be pursued.”

Chief police spokesperson Senior Assistant Commissioner Charity Charamba was also quoted as saying there was nothing unusual about the ongoing restructuring process of the force, adding that the exercise was not a witch-hunt, but a deliberate effort to enhance operational effectiveness.

“The police is currently carrying out the restructuring in line with the Commissioner General’s vision to improve operational effectiveness and service delivery by looking at some top ranks and abolishing them to avail more officers for operational duties,” she said.

According to the proposed changes, the rank of commissioner would cease to exist upon retirement, discharge, promotion or death of the incumbent.

The planning and development section will be in the office of the Commissioner-General of Police and adopt a new structure, while the National Anti-Stock Theft Unit would be headed by a Chief Superintendent.

Other proposals include the abolishment of the post of chief staff officer press and public relations.

The section will be headed by an assistant commissioner reporting to the chief staff officer operations.

The post of chief staff officer internal investigations will be revived.