GOVERNMENT has set its sights on accelerating infrastructure projects, including upgrading roads, airports and drilling of boreholes at a cost of about $30 billion.

Through the District Development Fund (DDF), major projects including the Karoi-Binga Road, would now be worked on by three teams.

To achieve impact in communities, DDF intends to set up fully equipped road construction units in every province to accelerate maintenance of its 32 000km road network and other special roads.

Airports and airstrips such as Buffalo Range International Airport, Bumi Hills, Chivi, Murehwa and Kanyemba would be completed in 2022. 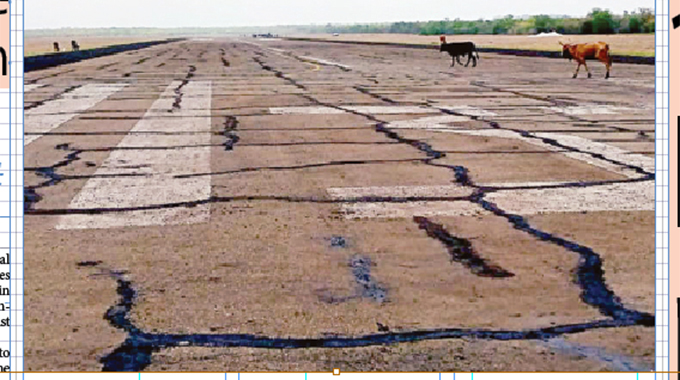 “We want to make sure that we have sufficient equipment including graders, dozers, tippers, rollers and pneumatic rollers, among others,” said Mr Shumba.

“These will quickly move into each district to repair roads. We want people to be happy everywhere. That means there should be some activity being undertaken by DDF in every district.”

Mr Shumba said at least $30 billion was needed to undertake the projects.

DDF acting roads director, Engineer Goodwill Mapako, said DDF got $690 million from Zinara which would see at least one project being undertaken in every  province.

This will see surfacing of at least 10km of roads in each province, while work on 12 bridges across the country progresses.

Eng Mapako said work was progressing well on the upgrading of the Buffalo Range Airport with the contractor expected to be on-site to do asphalt concrete overlay.

Roads in national parks such as Mana Pools, Gonarezhou and Hwange are set to be worked on too. DDF is targeting to reshape the entire road network in line with the Second Republic’s aspiration for excellence.

In terms of clean water provision, the DDF is expected to drill at least 35 000 boreholes, one for each village while big ones are expected to get two boreholes to improve access to water and sanitation.

Finance director Mr Wilfred Kachitsa said DDF wanted to complement disbursements from Treasury through maximising returns from its assets such as boats, accommodation facilities and aircraft.

“We need to innovate and generate more revenue to undertake projects from our assets,” he said.

“We need to boost equipment including drilling rigs, road equipment and geophysical equipment.”