$40k+ Will Buy You a License to Grow Cannabis in Zimbabwe

Zimbabwe is the second African country to legalize medicinal cannabis for commerical use. For upwards of $40k, cultivation can start

Source: $40k+ Will Buy You a License to Grow Cannabis in Zimbabwe – CBD Testers 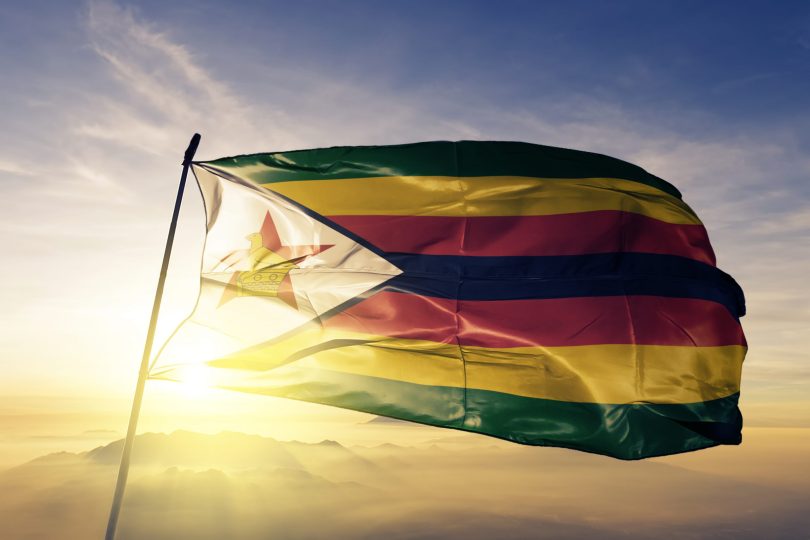 As Africa’s second country to change its laws about cannabis cultivation in order to enter the growing global medical marijuana industry, Zimbabwe is setting up to be one of the world’s largest hubs for production of all kinds of cannabis products.

It’s no secret that African countries have woken up quickly to the rapidly growing cannabis industry with a focus on medicinal products. In a matter of just a few years, countries that have for nearly a century held laws completely prohibiting the cannabis plant in all ways, practically overnight opened up their countries to legally cultivate cannabis commercially.

The first, Lesotho, did so with little regard for its own citizens or their potential use of the plant, and so far all countries to change legislation have instituted steep licensing fees that have opened the door wide for foreign investment. Regardless of how exactly it effects the country in terms of the locals, and whether they can financially buy-in, it is creating a market that is seeing rising interest from companies out of Canada, the US, and Europe.

First and foremost, what are the cannabis laws in Zimbabwe?

Cannabis, or ‘mbanje’ in Zimbabwe, is legally governed by the Dangerous Drugs Act, and is illegal to have or use. Found simply in possession, or using it, an offender can face up to 10 years in prison, and a fine on top of that. All smoking paraphernalia related to cannabis is illegal, as is owning/managing a place where cannabis is used.

Zimbabwe lacks a government agency for dealing with structuring drug control. It simply falls under the government and is handled by the Ministry of Health and Child Welfare, while implementing drug policy is left to the Police Drugs Department.

Zimbabwe has had extreme economic difficulties, much of which stem from land reform issues meant to redistribute land more fairly between black farmers and while farmers whose ancestors were part of the Colony of Southern Rhodesia. Of course, the result in ousting white farmers meant a drop in the country’s main crop outputs: cotton, tobacco, coffee, and wheat, which contributed strongly to the economic downturn. Tobacco on its own has been facing more and more regulation issues throughout the world, and has seen declining sales. The government had been on the lookout for alternate forms of industry for the country as a whole.

In 2018, the government of Zimbabwe decided that even though it would retain its harsh cannabis measures for its own citizens, that it would legalize the cultivation of cannabis for research and medicinal purposes. This was followed up a year later with an amendment that legalized cultivating industrial hemp. Since nothing seems to have been said about establishing a medical program for citizens, the change in regulation for medical cannabis seems as of yet to be for commercial purposes only.

In order to establish a grow operation in Zimbabwe, a person or company, has to apply to the government for a license, provide a plan for their cultivation site that complies with the country’s regulations, pay a $40K+ licensing fee, be prepared to pay an extra $15K a year as a tacked on annual fee, and another $5K if the project requires a research fee.

Licenses are given for a five-year term and can be renewed at the rate of $20K for the standard licensing fee, and $2,500 to renew the research part. These fees, are, of course, on top of whatever costs there are to perform business functions.

Overall, it’s not a cheap endeavor, just from the licensing perspective, and not one that will likely be utilized by many residents of the country itself. Smaller fees would have enabled the citizens of Zimbabwe to use this new legalization for their own benefit, while keeping them higher is an invitation to investors outside of Africa.

CBD, or cannabidiol, is the cannabis cannabinoid more recently making medical headlines as an antidote to many different illnesses. Unlike it’s counterpart THC, it doesn’t come with any psychoactive properties making it preferable to the whole plant for dealing with a variety of medical issues. Many countries have legally separated CBD from the rest of the plant in order for CBD products to be sold without being held to the same regulation standards as the plant with THC. In Zimbabwe, CBD is not separated from the rest of the plant and its sale, use, and possession are all illegal.

With the change in laws in 2018, cannabis can now be cultivated for medicinal use, CBD can be produced, and it can all be exported to other countries, but nothing about this changes the laws of its use in Zimbabwe.

What is happening so far…

The first license to be granted for medicinal marijuana cultivation was to Precision Cannabis Therapeutics Zimbabwe, which went for $46,000 in early 2019. As per CEO Nathan Emery’s LinkedIn page, his company “…aims to be the innovator in the cannabis terpene market; from contract growing for specific clients at the most competitive wholesale price point to true innovation in the extraction of terpenes.” He goes on to encourage anyone interested in cannabis derived terpenes to contact him.

The first hemp project to go into the works started one month after commercial cultivation was legalized, and is taking place on the grounds of a prison in Harare. The Zimbabwe Industrial Hemp Trust partnered with International company NSK Holdings, along with Portuguese company Symtomax which is providing farm support. As of December, 2019, the crop was growing ahead of schedule due – it’s believed – to the more hospitable growing climate in Zimbabwe as compared to Europe where the seeds were bred. Though this is considered a research mission, the shorter growing time is a signal that Zimbabwe is indeed a prime location for large scale industrial grow operations.

In yet another venture, British company Eco Equity has partnered with DutchGreenhouses (a Dutch company), and Delta Tetra from Australia to build a facility for medicinal cannabis production in Marondera. While it’s unclear if the original plans were kept due to the Coronavirus incident, the original idea had been to have a greenhouse by the end of the first quarter of this year, with products being exported by the third quarter.

The quickness of the proposed plan shows the hunger to get into the market as quickly as possible. Eco Equity jumped in swiftly with the goal of being the biggest exporter to regulated markets like Europe, the US, and Canada (with sights set on all global markets). With this project, Eco Equity has 2000 hectares of land meant for cultivation and production. The company is taking GMP (good manufacturing practices) very seriously with teams of workers to make sure the site is ready and up to standard. All products produced in the facility will be strictly for export only.

In light of the Coronavirus situation, progress in the Zimbabwe legal cannabis market might have slowed down a bit temporarily. Luckily, the one thing about cannabis is that it never goes out of style, so Coronavirus or not, things will likely be back on track soon enough. As licenses get passed out over the next year or so, it can be expected that many more legal cannabis operations will be sprouting up all over Zimbabwe, showcasing the newest technologies associated with medical marijuana, and hemp production.