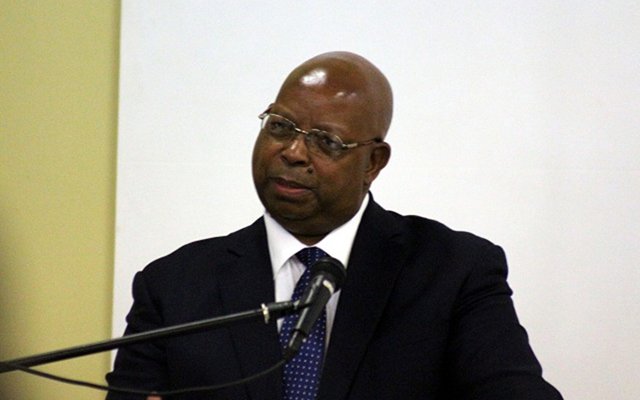 Zvamaida Murwira Senior Reporter—
GOVERNMENT has set aside $5 million from which Members of Parliament will access the Constituency Development Fund (CDF) Legislators will also get residential stands in areas of their choice, Speaker of the National Assembly Advocate Jacob Mudenda has said. Through the $5 million fund, each MP will get at least $24 000 for the development of his or her constituency. The residential stands are part of a negotiated package agreed at the beginning of the Eighth Parliament of Zimbabwe in 2013.“It has been agreed that you do not pay for the land, but you will only pay for the servicing of the land,” said Adv Mudenda, who also urged MPs to indicate their preferred areas. As regards to CDF, Treasury has set aside $5 million, which will begin to flow into your account provided you open a (bank) account and that the constitution of the CDF has been adopted by this House,” said Adv Mudenda. The legislators were urged to form committees that will oversee the use of the fund to enhance transparency.

“If there is no committee in your constituency, there will not be any disbursement,” he said. Adv Mudenda told legislators that he had written to individual MPs detailing what they should expect. His announcement came after Musikavanhu MP Mr Proper Mutseyami (MDC-T) had risen on a point of order requesting Adv Mudenda to give an update on what had become of the issues relating to their welfare, which include outstanding allowances amounting to $15 million.

“I do not mean to put pressure on you Mr Speaker, Sir, but I mean to put pressure on your office regarding our allowances and CDF for us to do a big project (sic) so that we can be recognised before 2018,” said Mr Mutseyami to loud applause from legislators from across the political divide. After Adv Mudenda had made the announcement, Kuwadzana MP Advocate Nelson Chamisa (MDC-T) gave notice that he would move a motion for the adoption of the CDF constitution today, which sought to give guidelines on how the fund would be administered to avoid abuse.

Adv Chamisa chairs the legal and procedure sub-committee of Parliament’s Standing Rules and Orders Committee. Adv Mudenda’s announcement followed a heated debate during a pre-Budget conference two weeks ago, where MPs threatened to disrupt the meeting if they did not get concrete responses on their welfare. Legislators also disrupted proceedings in the National Assembly a fortnight ago when they demanded to be addressed about their sitting allowances.