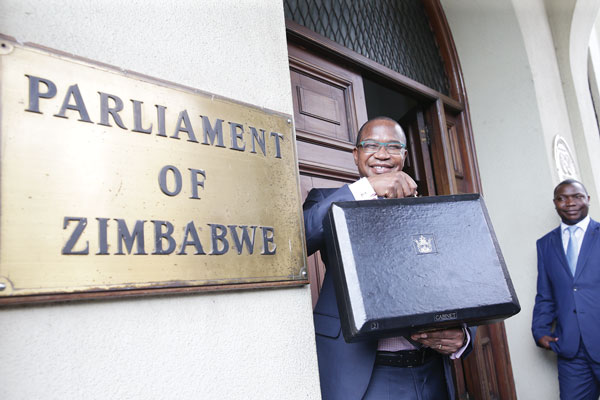 ABOUT 57,3% of Zimbabwean citizens have never participated in pre-budget consultations, a new survey report has revealed.

Pre-budget consultations are an important exercise aimed at strengthening Parliament and citizens’ role in the formulation of the national budget.

The Portfolio Committee on Finance and Economic Development is mandated by the Constitution to conduct public hearings in the country’s provinces to solicit citizens’ views on the national budget.

However, according to a report by the Zimbabwe Coalition on Debt and Development (Zimcodd) on open budget survey 2019, Zimbabwean citizens are not participating in the national budget consultations.

The report found out that only 1,7% of the respondents indicated that they had access to the pre-budget strategy paper published by the Finance ministry before participating in the budget consultation.

The respondents said the document was too technical for the ordinary person to understand and the communication was mainly within government circles and organised membership organisations. It also emerged that there is also little or no awareness strategies about the budget strategy paper except through the Finance ministry website.

“About 57,3% of the citizens have never participated in pre-budget consultations. About 56,1%
don’t believe that their contributions during the pre-budget consultation sessions will be adopted,” Zimbabwe Economic Policy Analysis and Research Unit economist Cornelius Dube said while presenting at the Zimcodd’s virtually-organised indaba last week.

Dube revealed that participation was higher for males than female at 52,27% and 35,04%, respectively.

“Only 3,8% of the citizens engaged have knowledge of the budget presentation period, especially the time and period in which the national budget is presented,” he said, adding that there was also lack of interest in seeking budget implementation or fiscal performance reports.

As part of recommendations, Dube said the Finance ministry should engage local authorities and residents’ associations in the dissemination of the budget strategy paper and in consultations.

“The ministry should increase more awareness and inculcate a culture of transparency and accountability on the budget process to enhance citizen participation,” he said.

Dube urged Parliament to conduct hearings for the national budget in venues that are more accessible to the public as well as work with existing structures within local authorities and residents’ associations.