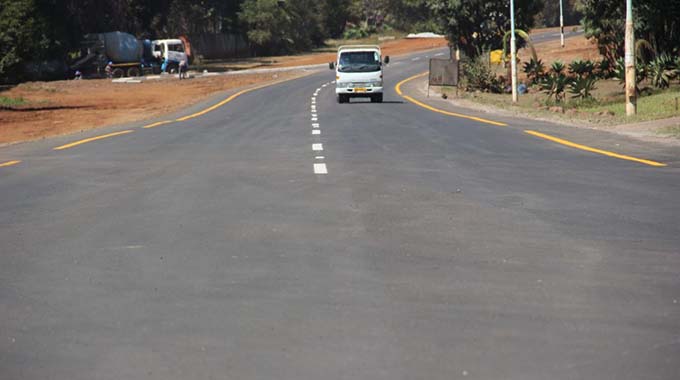 Government’s Emergency Road Rehabilitation Programme will go a long way in addressing problems in most of Harare’s public transport routes as council requires over $600 million to bring the city’s roads to a manageable state, chief engineer of works George Munyonga has said.

Speaking during a tour of some of the city’s roads under rehabilitation, Eng Munyonga said the city was attending to 130km of roads of which 60km have been completed, while 30km was work in progress.

“We received funding of about $12,9 million from Zinara allocations and we also received $2,8 million for the hot spots programme which is going to cover initially areas in Mbare, but we are going to extend it to other areas. We also received $4,1 million from the Ministry of Finance which we used to carry out works in high order roads,” he said.

“All in all, we are working with around $22 million including what we carried over from our allocation from last year. We carried over about $2,8 million which we were allowed to use this year. If we finish our allocation early we can ask our city fathers for permission to look for more funds. The city is also not stationary, we are looking for in excess of $600 million in order to bring our roads to a manageable state.

“Yes, the first steps of somebody who is going to run can be witnessed but we are going through that process now.”

He said the city was working in Mufakose where works are ongoing on a targeted six roads.

“We are also going to be attending to the side roads for Crowborough Way. This is the first phase for this programme and we hope that in the second phase we will be attending to all those other roads we have not been attending to,” he said.

Eng Munyonga said the city was also working on Marimba Road and other roads in Budiriro, saying their thrust was to ensure that all public transport routes are attended to before the end of the year.

“Our intention is to go all out in all suburbs and fix the problems that our motorists are facing on the roads. We are also happy that we received equipment helping us to do our work,” he said.

“We call upon the Reserve Bank of Zimbabwe to ensure that we get more foreign currency stuck in South Africa for over 10 months. If the equipment comes we will manage to fix the roads prior to the rainy season.”