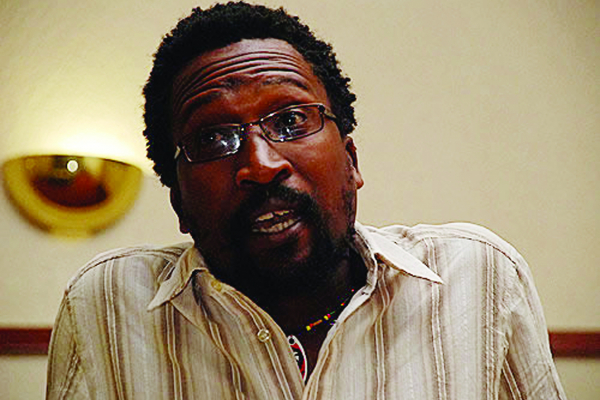 There are already a plethora of political candidates and “parties” for Zimbabwe’s 2018 harmonised election.

Whether they be offshoots of the ruling Zanu PF party or its main opponent the MDC-T, nascent parties and independent candidates they make for a cacophony of political ambitions and interests.

And I guess in relation to the values of what would be a democracy, “the more, the merrier”.

This is despite what colleagues and comrades in what was the post-1990s struggle for a social democratic Zimbabwe might call a division of the opposition vote against the ruling establishment.

In reality and in terms of current Zimbabwean law (and also if all these individuals/parties manage to pay nomination court fees), all of these political competitors have the right to campaign for elected office. And the positions are many.

One can only wish all of the aspiring candidates all the best. And also wish the electorate all the strength and patience to choose their preferred candidates with the caution that is required of democratic values.

It would, however, do no harm to also provide some guidelines to those that would aspire to lead the country in the national executive (presidency), Parliament (House of Assembly and Senate) and local government (rural and urban councils).

I posit here a seven-point summary of issues that candidates across the spectrum must take into account.

 Ideas/ideology/values matter: There is no political, social or economic action in contemporary times that occurs without an initial idea or value proposition. It is how we derive meaning from the intentions of those that are seeking political office.

Especially by asking basic questions as to why do you want power over us? What is the big issue/problem? How do you intend to systematically address it? At the moment there is one overall issue/problem that has been pre-occupying a lot of Zimbabweans though from different levels of perception/understanding. And this would be the long duree issue of the state of the ”national” economy.

The solution/idea being proffered by the main presidential candidates and parties is, to my own personal regret, neo-liberalism/free market economics. Never mind promises about either the “ease of doing business” or “bullet trains” and “free wifi”, the underlying idea/ideology is to reduce the role of the State in providing basic services for its people. The intention is to privatise the State — both economically and politically.

Almost as an unbecoming alliance between those who have political power and those that have money. It would help greatly if any one of the aspiring candidates could/would proffer a people-centred alternative.

 Campaigning with organised/structured support systems is key: Populism is always a key component of electoral campaigns. It really helps. But what’s more significant is an organised political base from which to arrive at popular/populist appeal. In Zimbabwean parlance, this is generally referred to as “grassroots”.

In realist terms, this would be referred to as organised membership. That is, supporters who feel they belong to either the campaign (especially if you are an independent candidate) or the party (if you are campaigning from any one of the mainstream political parties).

Campaign or party members desire to belong to a cause that’s not just time-bound, but also value-driven. With the latter being the most important. Almost as though they were contributing to a faith. Where political contestants ensure that their supporters/party members have a greater role and also participate in leadership decisions, they will most likely win an election.

Or if they don’t they can at least work on improving their chances with organic supporters for the next electoral contest.

 Social media matters, but it is not enough: The use of social media has had a phenomenal impact on Zimbabweans, ability to receive and impart information.

And this means that it will be key in determining ephemeral political perceptions by voters on various candidates especially in our cities and peri-urban areas. In our context, it is, however, only effective if it is tied to organised/structured mobilisation in real time.

 Age matters, but (again) is not enough: There is much that has been said about the age of registered voters. And, indeed, there are a lot more young voters than before for the 2018 election. But they too have issues beyond their age. They include but are not limited to unemployment, education, health and entertainment.

Those of the plus-45 bracket also have their issues which include pensions, housing, health and ironically, their children’s future.

Either way, what matters the most, despite age difference is political consciousness of what are perceived to be key issues and how they can be resolved.

 Women’s issues will be key: Given the demographic data put out by the Zimbabwe Electoral Commission, anyone who has an intention to be in political office will have to address women’s issues.

Be they in relation to women’s representation, equality or health and employment. This is because the greater number of voters in 2018 are female (young and old). And they are probably the most reliable. Once their minds are made up.

 The Presidency is won by the one with the most fielded candidates: The term “harmonised” election is telling. It means that there are five posts up for electoral grabs, namely the presidency, house of assembly (women’s quota and constituency member), Senate (proportional representation) and local government (council).

The party or individual candidate that has the most fielded candidates is likely to add to his/her tally for the presidential vote. It’s awkward, but it points to an assumption of symmetry to those aspiring for office.

That is to say one cannot hope to be President without support from candidates running for all the other positions. That’s how the ruling establishment changed the dynamics of the 2013 harmonised election. And how they will likely try do so again.

 The military and war veterans cannot be wished away: This is a final and regrettable point. But its our reality. The ruling establishment has positioned itself as a military-political complex China-style (tellingly the President is on a State visit to the same country). Those in opposition to the establishment have to take this into account especially after the coup-not-a-coup events of November 14, 2017.

And they have to prove themselves more people-centred in their political ambitions than ever before, simplistic as that may appear. This includes a counter narrative to the liberation struggle, not as a political negative but an historical struggle that requires a new national political narrative that surpasses entitlement (vene vacho).