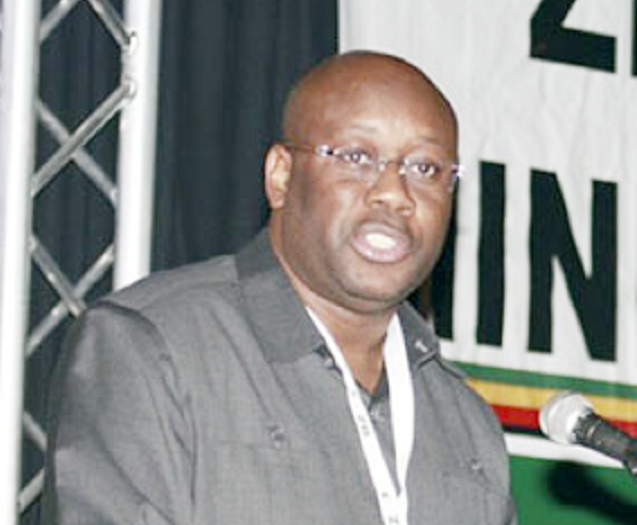 Munyaradzi Musiiwa, Midlands Correspondent
THE Government will tomorrow sign a mega mining investment deal that will see more than $730 million worth of investment coming into the mining sector, Mines and Mining Development Minister Winston Chitando has said.

“Very soon we are seeing the coming on stream of coal bed methane (CBM) that would entail call bed methane gas being used for the production of fuel, power, fertiliser and pharmaceutical products. On Monday there will be a major framework agreement that will be signed that will see a $730 million investment deal coming which will cover mostly CBM. It is all secure and work on the ground will commence in July,” he said. Minister Chitando said the country was targeting to produce 30 tonnes of gold this year up from 24 tonnes produced last year.

“We have a five-year plan which will see the mining industry increasing significantly. I will start with coal. Last year we did about 2 million tonnes but from 2019 we will be doing around 8 million tonnes per annum. In gold we did 24 tonnes last year and this year we are targeting around 30 tonnes. Our five-year plan on gold output is to produce about 70 tonnes per annum.

On platinum we are looking at doubling the output especially with the great dyke investment that is coming. In terms of ferrochrome production we are looking forward to increasing from 300 000 tonnes per year to about 600 000 tonnes per year within the next five years. So we are seeing a massive increase in production in the mining sector. Iron is also coming on stream and asbestos too,” he said.

Minister Chitando, through the Zimbabwe Mining Development Corporation (ZMDC), recently struck a deal with a foreign investor to exploit lithium deposits worth $1,4 billion in Matabeleland North. Feasibility studies are reportedly underway on two other lithium projects, one of which is similarly a target of an unnamed listed company. Further, a fourth project is currently being explored.

The lithium deal, which mainly involves the reprocessing of dump, would unlock more than $1,4 billion over the next few years.

The investment, which was part of the 100-day programme, will employ 500 people and have an “immense” impact on the local economy, especially for downstream and upstream industries.

The deal is the largest to date in the mining sector.

The mine will be located in the Mhondoro-Ngezi area, while the deal includes the establishment of a 600MW thermal power station in Matabeleland North and chrome mining.

The first phase of production is expected to commence in 2020 with an annual output of 3,6 million tonnes or ore and 350 000 ounces of platinum group of metals.

Karo Resources are also expected to construct a base metal refinery and precious metal refinery by 2024 and is willing to work with other platinum producers in their establishment.

At least 15 000 people are expected to be employed directly when the project is complete while 75 000 others will be employed by downstream industries.