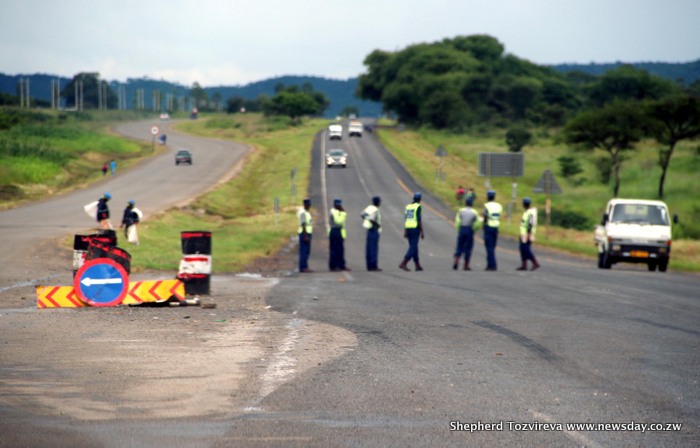 POLICE have launched a manhunt for 10 suspected armed robbers who terrorised eight motorists and robbed them of cash and various goods after mounting an illegal roadblock along the Beitbridge-Bite Road on Tuesday night.

“The ZRP has launched a manhunt for 10 unknown armed robbers who attacked eight motorists on 27 October along Beitbridge-Dite Road,” Nyathi said.

“A motorist driving a Nissan Caravan with one passenger on board found the road blocked with large stones at the 10-kilometre peg along the same road and got out to remove them. Ten men wearing face masks and balaclavas armed with a pistol and rifles attacked them by firing at their vehicle and stole cell phones, cash and clothes from them,” Nyathi said.

He said when they were still in the act, another motorist arrived at the scene and the robbers shot at his vehicle deflating his front tyres, but the driver managed to drive off and abandoned his car at a distance to seek help.

“Other motorists arrived and lit the place with their lights but the robbers managed to sneak behind them and opened fire. The motorists fled and left their vehicles. The armed robbers then ransacked the vehicles stealing cash, groceries and others properties yet to be established and fled from the scene,” he said.