Africa must be at the heart of climate negotiations

Source: Africa must be at the heart of climate negotiations – The Zimbabwean 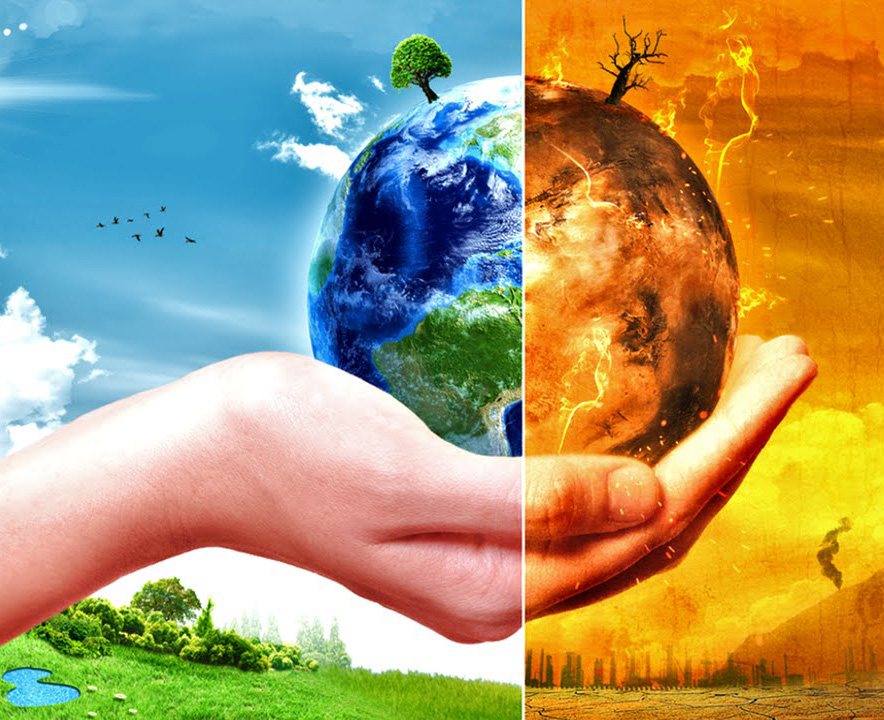 In 2020 countries were to come forward with plans for stronger emissions cuts to meet the goals of the Paris climate agreement. At the same time, because of COVID-19, the 26th UN Climate Change Conference of Parties (COP26) that had been scheduled for this November in Glasgow, UK, has been postponed to 2021. Tanguy Gahouma-Bekale of Gabon is the Chair of the African Group of Negotiators (AGN) on climate change. In this interview with Africa Renewal’s Franck Kuwonu, he talks about the impact of COVID-19 on Africa’s climate negotiations, financing mitigation and adaptation, and his priorities for the next two years. These are excerpts.

Africa Renewal: COP 26, initially scheduled for this November, has been rescheduled to next year because of COVID-19. What impact has COVID-19 had on the negotiations process, specifically in Africa?

Tanguy Gahouma: We can delay an event like COP26, but we cannot delay the work because the challenges we face cannot be postponed. Come January 2021, when the implementation of the Paris Agreement begins, we will live in a world “ruled” by the Paris Agreement. It will be the starting of the implementation of the new climate regime. We had so much work to do ahead of this, but we were not able to.

Let’s take Article 6, for instance. We needed to work on how to structure the carbon markets and get ready to implement agreed rules to achieve our NDC (Nationally Determined Contributions) targets of 1.5 °C or stay below 2 °C. We thought this year we would finish this work but because of COVID-19, we couldn’t.

Another challenge was reporting on the pre-2020 ambitions. We thought we would have all the information in terms of financing and mitigation this year, but we cannot work on that now. We will work on it after 2020.

In terms of financing, starting next year, the Paris Agreement stipulates a need of at least $100 billion per year for climate finance. We tried to work on that, but we didn’t have any round of negotiations this year.

We still have work to do on adaptation. We have been working on climate disaster in Africa, but we cannot work on loss and damage. Yet, we already lost 2.9% of GDP because of COVID-19, and there is no mechanism under the convention to help us with this.

Does that significantly change the positions and concerns Africa might have put forward?

No. We represent 54 countries, but we have almost 200 countries in this complex process and it is really important to stick with our positions because we are one of the most vulnerable continents in the world.

How is the implementation of the Paris Agreement shaping up in Africa?

So, from this date we will assess, maybe one or two years later, and we have a global summit in 2023, which will be a worldwide exercise to assess implementation of the agreement

Do you believe African countries are ready?

I believe that COVID-19 delayed a lot of the preparation of our countries because this year we had planned to revise the NDCs. It would have allowed many countries to update their policies and to be aware of the changes for next year. But COVID-19 delayed the process and I think that many African countries, like many countries in other regions, are not fully prepared for the implementation of the Paris Agreement.

For Africa, the question is not about being ambitious. It is more about the accuracy of the data and the numbers, and the relevance of policies. The first round of NDCs was made because of the requirements of the Paris Agreement. But now we understand better what NDCs are. So, the second round of NDCs is a unique opportunity for African countries to revise and update their information.

For example, there was not much information on adaptation in the first round because we had little then, and we weren’t sure if we had to include it. This new round of NDCs will allow us to put more information on the challenges we face, on health, on gender, and on cost of adaptation.

Because Africa is responsible for only 4% of global emissions, our efforts should not be to stop development because we must cut our emissions. It is more about maintaining low levels of emissions and providing more policy details.

Despite the flaws of the first round of NDCs, have you witnessed any sort of progress from African countries?

We have many champions in Africa. Rwanda is a very good example. I am Gabonese, so Gabon is a very good example too. Kenya is also a good example. For instance, this year they committed themselves to planting 10 million to 20 million trees. Also, Gabon is banning the export of wood to manage deforestation. Morocco is one of the leaders in solar energy. Climate change is very much about policies and when you have a good leader it is always successful.

Trade operations in the African Continental Free Trade Area (ACFTA) will start in January 2021. Can its implementation also promote the Paris Agreement? If so, how?

Currently, development often relates to an increase in greenhouse gas emissions. But, from a practical point of view, increased intra-African trade should allow reductions in gas emissions. We have one of the highest import rates of products from China and Europe. Air and maritime transport are responsible for almost 20% of global emissions. So, by lowering these emissions linked to imports from far away, we should be able decrease emissions. With AfCFTA, there will certainly be more industries because we will have to produce for ourselves, but decreased imports into Africa will balance it out.

In Africa, financing is another issue in the implementation of the Paris Agreement. Is financing still part of the discussions?

The issue of financing for Africa is at the heart of the negotiations. Because, today, we are being asked to use technologies that cost more to reduce emissions, which comes at a cost. We already have a high poverty rate and it is obvious that Africa will not succeed in changing its emissions trajectory if it is not helped.

However, we do not want climate aid to be mixed with public development aid. Climate money needs to be new and additional. We have a lot of support for mitigation. But for us in Africa, adaptation is also important, which is one of our main areas of focus because we are very much impacted.

You know, three quarters of the major African cities are on the coast (including Maputo, Durban, Libreville, Abidjan) and one of the biggest risks is the rise in sea levels. We will have to develop infrastructure to protect our coasts, our people, etc., and that means financing should come from the international community.

Are donors willing to help?

On the other hand, our big problem is on adaptation, because developed countries are not sensitive to our arguments. On the example of the rise in sea level, they may say that coastal erosion is not a climate change adaptation issue but an economic development issue. Adaptation is very close to everyday life, very close to the development of living conditions and there is very little funding for that.

What is your vision of success for your two-year tenure?

My vision is in two very simple parts: The first is to put Africa at the heart of the negotiations. We represent a quarter of the votes and we are the most vulnerable. We represent the largest active population because we have half of the continent under 25 years of age. We will therefore be the most restricted by the Paris Agreement because the developed countries are already developed and will simply have to change technologies. We are not developed yet, and we are already being asked not to produce emissions. Therefore, we must be listened to during the negotiations.

The second challenge is to put the negotiations at the heart of African priorities because at the end of the mandate, at the end of 2022, the COP 27 must be organized in Africa. The hosting of COPs is rotational among different regions and continents under the UN Framework Convention on Climate Change (UNFCCC) and COP27 is going to be Africa’s turn. We must mobilize African presidents and prime ministers so that this COP is truly an African COP, and that climate is part of the priorities in terms of policies and economic development. It is these two issues that govern my mandate.

If you had a message for Africa in general, for politicians, for citizens, what would it be?

COVID-19 shows us that we cannot develop infinitely without taking care of nature. We talk a lot about the origins of COVID-19 as possibly being of animal origin. I think that COVID-19 sends us this message that we must take into account nature and all the other species that live on earth. And so, this is an opportunity for us to not go back to business as usual but to change the way we develop our economies for sustainable development, more inclusive of other animal species, more inclusive of nature and for a world that is 100% in line with the Paris Agreement.