She remembered that smile forty years on.  Mrs Hungwe lived in a remote area of NW Zimbabwe, called Gwaze, and during the Liberation War, the nationalist guerrillas virtually controlled it.

Source: A consoling smile – The Zimbabwean 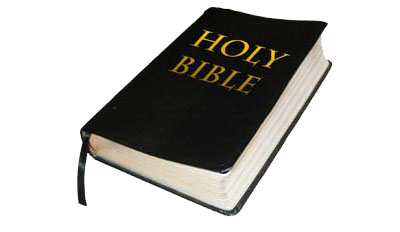 Yesterday I was part of a group who visited a cave which they used as one of their bases and to which John Bradburne was forcibly led to be tried.  Mrs Hungwe knew John from the past and when she saw this white man being led there she made as if to visit her garden but her real aim was to take a closer look to see if it was him. As she approached he turned and smiled at her.

He was on his way to his trial and execution but he was not thinking of himself but of her.  I can only guess what was behind that smile but I feel he wanted to share with her his own impending sense of victory at last.  John had lived for ten years in or near the settlement for people with leprosy at Mutemwa.  After a wonderful couple of years when he had brought new life and hope to the people, jealousies and petty judgements intervened and he was dismissed and he moved to a mountain close by where he pitched his tent and endured the cold of winter and winds of August, which finally tore his tent to shreds.

Local farmers gave him a tin hut near the settlement where he continued to care for the people as best he could. Meanwhile, the war closed in and there were those who wanted him out of the way.  He believed his place was with the people with leprosy and he refused to move. Tension mounted in the area and he felt it and knew he would soon be swept up in it. Sure enough the day came, on 2 September forty years ago, when he was abducted from his hut and led to the cave in Gwaze. His death three days later will be remembered on this 5th of September when thousands will gather and the process will be launched which, we hope, will lead to his being recognised as a saint.

John would not be interested in this honour for himself but he believed – and he once actually said – it would help a great number of people if ‘this wreckage’ as he called himself, were to reach that day.  And whether he does or he doesn’t he is already helping countless people – like Mrs Hungwe – in the process.

18 August 2019   The day in Zimbabwe when the Assumption of Mary is celebrated.

‘Giving priority to time means being concerned about initiating processes rather than possessing space’. This weighty sentence comes from Pope Francis’ The Joy of the Gospel #223. It is not a new idea – we have always known that training is more important than results – but Francis has made it popular and drawn out it meaning for our time.  I have known from many years working in development training centres that we liked to fill our annual reports with results; so many courses run, so many projects established.

But if I look back over the years I have to record mixed results. Yes, there were successes – some quite dramatic – but was there lasting transformation in the communities where we worked? And where there was transformation did it have a leaven effect on society?