As we entered the plane there was a disturbance. A man was crying out in a loud voice; ‘I’ve been here sixteen years. Hello! Hello! No! No! I will do anything!’

Source: A deportation – The Zimbabwean 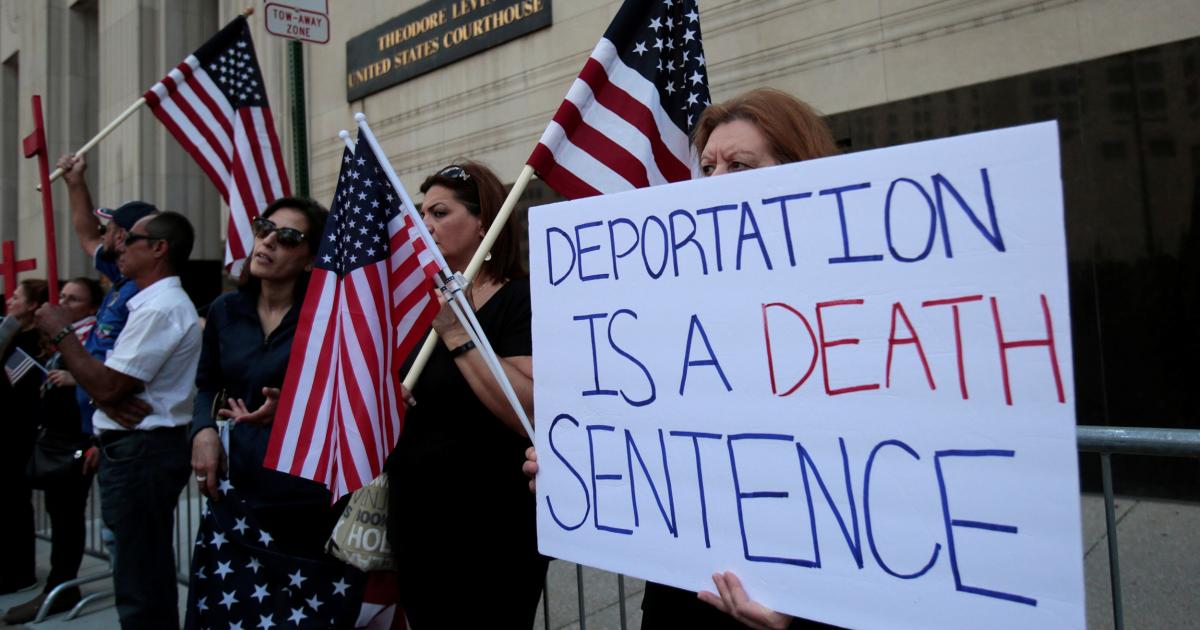 And so it went on for twenty, thirty, fifty minutes. He was being deported and this was his final protest. The plane was delayed almost an hour and the authorities seemed at a loss as to what to do.  Eventually, they relented and he was taken off the plane.  He immediately calmed down and turned towards us and thanked us for our patience.

I am sure his problems are not over but at least he won that round.  I admired his courage in making such a vigorous non-violent protest and I also noted the respect of the officials. In no way were they rough with him. But they clearly did not know what to do.

I had a long plane journey to reflect on migration and our modern inability to open our doors to strangers. This is not the place to enter into a thorough discussion of this complex issue. Moving from one place to another has been normal since the days our ancestors moved out of Africa to populate the earth.  America is the creation of a stream of migrants who travelled – freely or forcibly – from Europe and Africa from the seventeenth to the twentieth centuries. Barak Obama’s father arrived there relatively recently – as did Donald Trump’s mother. It is beyond dispute that migrants benefit their adopted countries.

But there is a growing perception that migration must now be radically reduced. There is suddenly a great fear that we have too many migrants and they will disturb our way of life if we welcome all who want to come.   Imagine a world where all borders are abolished!  Impossible? It is not a fantasy: it has happened among the 27 countries of the European Union. It has caused strains but it has worked. We are straining towards greater integration all over our planet.

There was an impenetrable ‘border’ between the rich man and Lazarus in Luke’s gospel (chapter 16) and the story Jesus tells bodes ill for the man who ignores the poverty at his door. In fact Jesus tells us elsewhere that when we are having a feast we are to invite the poor and those who cannot reciprocate (Luke 14:12).

Yes, it is complex and it will not be easy to find a way forward. But the migrant – the man on the plane or the mother and child in a boat on the sea – challenge us to look at our attitudes. Can we imagine a different world than the one we have now? It would be a world where the good things of the earth are shared equitably and where justice becomes a universal passion.1